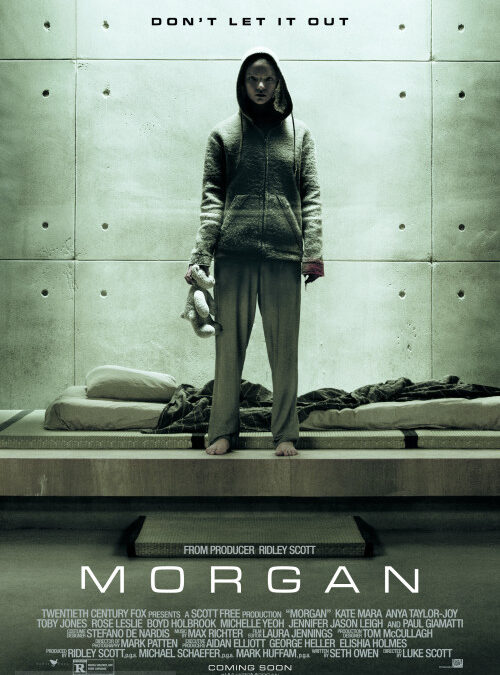 A corporate risk-management consultant must decide whether or not to terminate an artificially created humanoid being.

I was going to give this one just two stars, but the acting in it was done very well, so I bumped it up a star. Paul Giamatti, Kate Mara, Anya Taylor-Joy, and Rose Leslie all play their parts well. It was just unfortunate that the story was lacking in actual tension and thrills.

It started out good when Morgan attacks one of the workers at the facility, but just fizzled out until the last 20 minutes. There was so much that could have been done with the back stories of the various characters.

The only way I would say you Have to watch this one is if you really like one of the actors. Otherwise I would skip it, and watch Ex Machina instead.