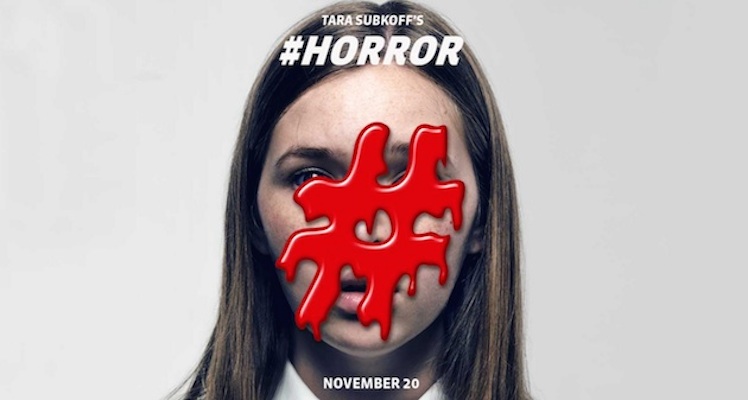 You’ve got followers… cyberbullying goes offline. #Horror follows a group of preteen girls living in a suburban world of money and privilege. But when their obsession with a disturbing online game goes too far, virtual terror becomes all too real. Chloe Sevigny (American Horror Story, American Psycho) leads an ensemble cast that includes Timothy Hutton (American Crime, The Dark Half) and Orange Is The New Black’s Natasha Lyonne and Taryn Manning. This chiller, inspired by a shocking true story.

With all the big name actors you would think this film would be at least decent, but it wasn’t. I can’t even say that the acting was great, and the story was bad. It was both for the main characters, especially Timothy Hutton. And I usually really adore him. All the scenes he was in, except for the first, he was just yelling and being a maniac.

The story itself really grated on my nerves, all of the girls bullied each other, so I didn’t feel sympathy for any of them. And I know the point was to show that the children were treated badly or ignored by their parents, and that’s why they acted like they did. But I’ve known people who were bullied and didn’t bully back to make themselves feel better, and yet became amazing adults.

And the camera person that was roaming the woods, taping the girls, we never find out who that was for sure. I’m thinking it was one of the girls, but that doesn’t make sense because how did she tape the kills involving the car.

At times I felt like they were trying to make this movie into an arty film, but for me it just failed. The cinematography of the girls being recorded was annoying, and the graphics that came up took me out of the moment every time they flashed across the screen.

There are so many other, better movies out there, don’t waste your time on this one.