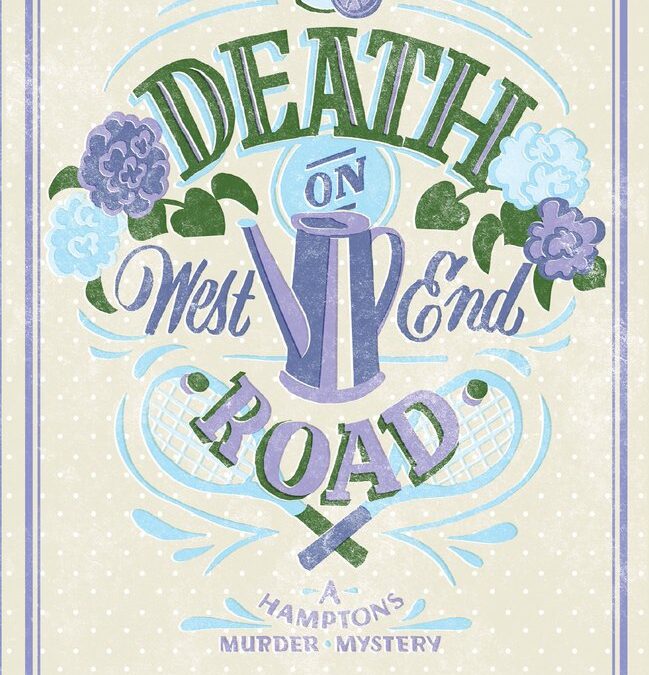 “An unsolved crime is something that Hamptons innkeeper and sleuth Antonia Bingham just can’t resist. Despite a busy high-season schedule and an inn booked to capacity, Antonia has agreed to investigate a cold case in her beloved adopted hometown, East Hampton, NY: the killing of Susie Whitaker, whose brutal 1990 slaying on a tennis court in the poshest part of town was never solved.

And the person who has hired Antonia? Prime suspect Pauline Framingham, a manipulative pharmaceutical heiress from a powerful family. As Antonia attempts to unravel the mysteries of the past she unearths even darker secrets and ultimately wonders if it would have been best to let sleeping dogs lie. To make matters worse, past acquaintances and love interests reappear in the Hamptons, disrupting Antonia’s world and causing her to scurry to the fridge for comfort.”

The third installment in the Hamptons Murder Mystery series is still flourishing in regards to the descriptive details of the town, and the scrumptious food that is made at the main character’s, Antonia’s, inn and at other restaurants in the area.

I didn’t feel as if there was as much character development for the recurring characters as there has been in the previous two books. Antonia was so busy buzzing around town looking for clues, that it didn’t leave as much time for the reader to get to know them even better. While Carrie Doyle’s descriptions of the characters, as well as their dialogue was done very well, I just wish we got to read more about the wait staff, Joseph, and her best friend.

There was a lot of movement with the love interest though, so I am looking forward to reading about that in future books. And Doyle left even more sinister clues about Antonia’s ex-husband, so when he finally shows up, that should be very interesting.

I didn’t feel as emotionally attached to the murder victim and the various people that Antonia had as suspects as I did in the previous books. It could be because many of them were rich, and could have changed their situations, if they had been better people. The revealing of who did it was interesting, and I didn’t see part of the answer beforehand.

Another good book in the series, and I’m interested in what Doyle will have in store for us next.