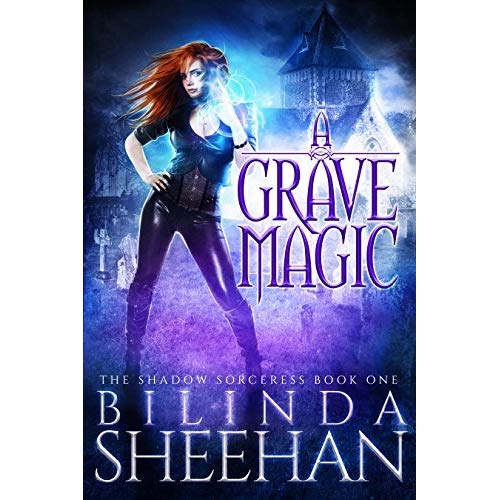 “Darkness can’t always be beaten by the light. Sometimes you have to fight fire with fire.

Amber Morgan is a rookie in The Elite, an organisation tasked with the elimination of rogue preternatural beings in King City. But she has a secret. She’s a witch and only joined The Elite to settle a personal score.

Her first case is supposed to be the routine investigation of a rogue vampire but it soon becomes clear that dark forces are at work, darker than anything the team has dealt with in the past.

When an irritatingly sexy Hunter offers to help, Amber wants to say hell no! The last thing she needs is another distraction even if he is sin personified. But with the fate of a missing child at stake and a possible connection between the case and her past, how can she refuse?” Amazon

I have had this on my Kindle for a few years now, and I really wish I would have read it sooner. This book reminded me of the Hollows series by Kim Harrison, which is one of my favorite supernatural/fantasy series.

It is fairly typical of the witch/urban fantasy genre. Witch comes into her powers, witch realizes she must save the world from impending disaster, witch gets some sidekicks to help her, witch succeeds in the end…. Or does she?

Bilinda Sheehan takes a unique idea and runs with it. Her characters are starting to get developed in this book, and I’m sure as the series continues, we will also see the growth of the characters. Sheehan’s world building is pretty good too, not as in depth as other series, but, once again, I imagine it will continue to expand in the next books in the series.

As some other reviewers mentioned, this could have done with another round of edits, to just make sure the consistency of the story flowed. But when you’re self-publishing, sometimes you don’t have the money or other resources, that the big publishing houses do. Not so much an excuse, but I want the reader to be aware of this. And for me it would not stop me from reading the next book in the series, Blood Craft, in hopes that Sheehan’s skills get even more finely tuned.

Sheehan shows that she knows how to keep the reader wanting more, by the amazing cliff hanger she wrote. I know it made me excited to see what Amber Morgan has in store for her next!