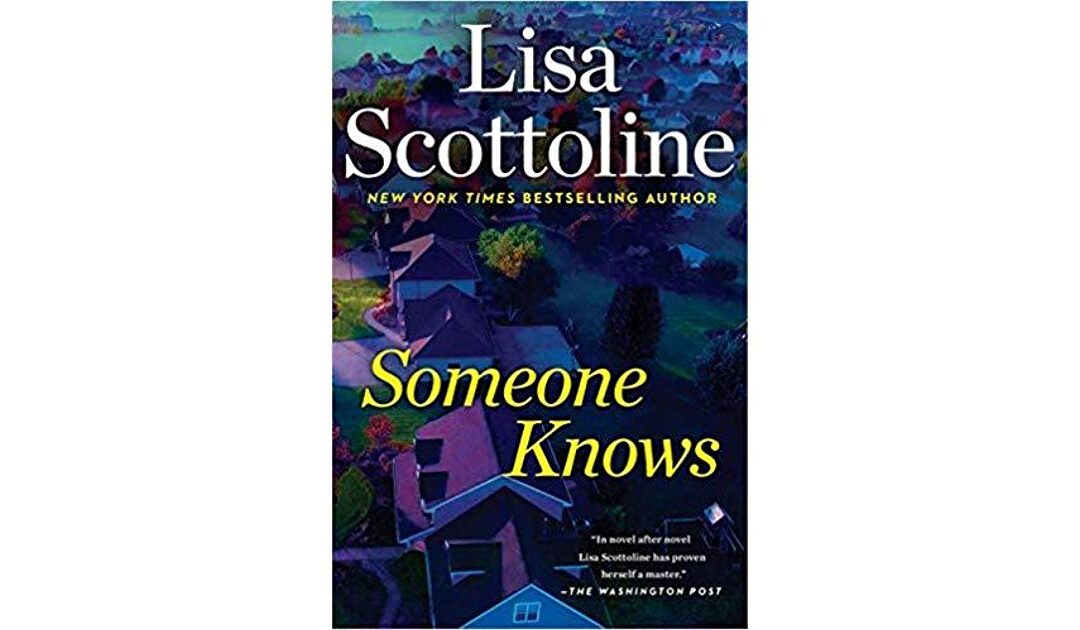 “Allie Garvey is heading home to the funeral of a childhood friend. Allie is not only grief-stricken, she’s full of dread. Because going home means seeing the other two people with whom she shares an unbearable secret.

Twenty years earlier, a horrific incident shattered the lives of five teenagers, including Allie. Drinking and partying in the woods, they played a dangerous prank that went tragically wrong, turning deadly. The teenagers kept what happened a secret, believing that getting caught would be the worst thing that could happen. But time has taught Allie otherwise. Not getting caught was far worse.

Allie has been haunted for two decades by what she and the others did, and by the fact that she never told a soul. The dark secret has eaten away at her, distancing her from everyone she loves, including her husband. Because she wasn’t punished by the law, Allie has punished herself, and it’s a life sentence.

Now, Allie stands on the precipice of losing everything. She’s ready for a reckoning, determined to learn how the prank went so horribly wrong. She digs to unearth the truth, but reaches a shocking conclusion that she never saw coming–and neither will the reader.” – Amazon

Lisa, Lisa, Lisa. You did it again.

There is something about her stand-alone books that bring me (and my MIL) immeasurable amounts of joy. I would like to note that my mother in law said she ended up skimming a little towards the end because she needed to know what happened. I did not, I knew better.

When I saw this book was coming out (even my husband knew, he’s not a reader), I knew I would be getting my hands on it one way or another. To be frank, I spend very little time actually researching what the book is about. It’s Lisa Scottoline, I know I’m in for a treat regardless of the storyline.

The story is based around Allie and how she has handled/not handled several tragedies in her life but also involves three other main characters: Kyle, Julian, and Sasha. The story begins in the 1990s to the present day. Their stories start as teenagers playing a Russian Roulette “initiation” prank on Kyle with what they thought was an unloaded gun. Unfortunately, the gun was loaded with a single bullet and Kyle died from a self-inflicted gunshot wound to the head. The story unfolds over the course of 20 years when Allie decides she can no longer keep the secret. It is at that point when the real story unfolds and where Scottoline’s talent for creating a superior storyline shines.

With that said, after I finished the book, I looked up some review because I was wondering what others thought. I was surprised to see such mixed reviews. I did love the book, but it took me about 100 pages to get that eager excitement that Scottoline’s books almost always give me. It did start a little slow for my taste, but after completing the book I can understand the purpose of why it was written this way in order for the long term storyline to play out.

I noticed a lot of comments about the way the book was written in regards to the layout, but I really enjoyed it. Each chapter was written short and narrated by a specific character. At first, that was a little confusing for me, but after a few sentences, I would get my groove back. After a few chapters, I started to develop an understanding of each character. I found myself rushing because I would want to know what the next character’s thoughts were. In my opinion, it also helped with character development and allowed the reader to develop a personal relationship with each character. The only character I would have liked to know more about is Kyle.

If you enjoy being thrown for a loop and a quick page-turner, I highly recommend this perfect summer thriller. I can’t wait to see what she has up her sleeve next.