The Girl on the Porch by Richard Chizmar : Book Review 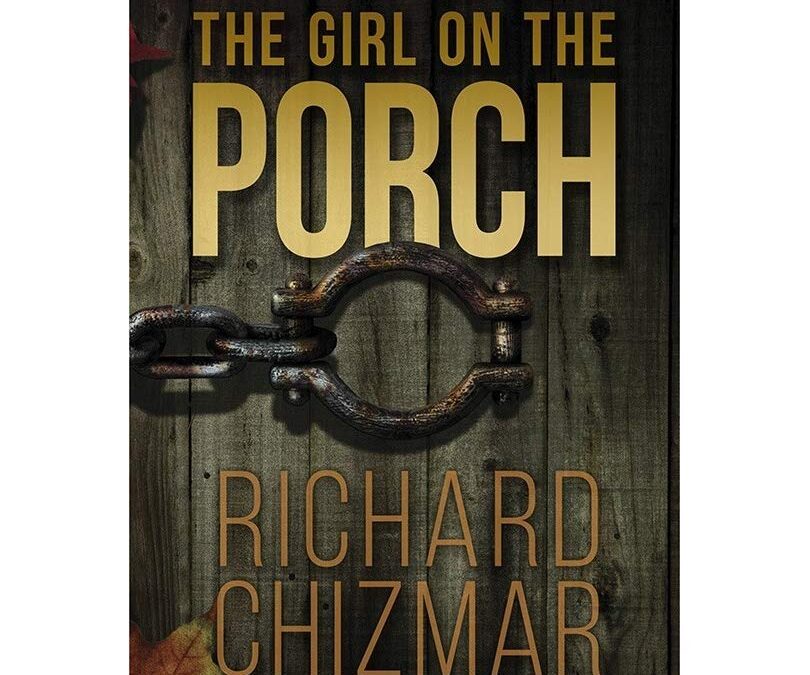 “When the Tuckers’ next door neighbor mentions someone rang their doorbell late the previous night, Sarah and Kenny Tucker check their home’s security camera and discover something shocking: the doorbell ringer also visited their house and it wasn’t a teenager playing a prank, but instead a terrified young woman with a shackle hanging from her right wrist. She anxiously pressed the doorbell again and again, glancing over her shoulder as if someone was coming for her, before giving up and taking off into the dark.

Almost overnight, she becomes known as The Girl on the Porch—and she’s everywhere. There are updates on all the local networks, national coverage on CNN and Fox News, and the video goes viral on social media. Before long, everyone has seen the harrowing security camera footage. Kenny and Sarah figure it’s only a matter of time before someone recognizes the woman.

But as the days pass and no one comes forward, odd things begin to transpire around the Tucker family…” – Amazon

I kept fluctuating between giving The Girl on the Porch three stars or five. It ends so abruptly and has so many unanswered questions. I was reading it on the Kindle when I finished around Midnight, and at first I thought the book had not downloaded completely. I tapped the right side five times and then tried going back, then forward, to see if it would advance. Finally I brought up the progress bar and saw that it was at 99%.

I was annoyed for about 20 minutes before finally going to sleep. It was while I was stewing that I thought I would give The Girl on the Porch three stars.

Waking up the next morning I knew I would be giving it five stars. Life is not neat. Questions go unanswered all the time. Richard Chizmar may be a genius.

Chizmar welcomes you into a typical neighborhood, one that could easily be where you are currently living, or have in the past. With the news and social media letting everyone know just how many twisted and sick people there are in the world, neighbors instantly start suspecting each other of keeping the woman trapped in a basement or a shed in their yard. Not like twenty years ago when you couldn’t even imagine your neighbors doing something so horrendous.

Small secrets start getting exposed between married couples and best friends. Those secrets start getting passed over the fence in casual conversation. The knower of the secret wants confirmation that they really have nothing to fear. But the fear and distrust keeps growing. Until so many past discreations are out that anyone could be the kidnapper. Then the body is found. And the murderer becomes even more unraveled.

Shortly after this, the book comes to an end. Although the story is wrapped up, there are still so many questions. The biggest one being, Why?

But this is where Chizmar, in my mind, joins the legendary writers of horror. King, Straub, Jackson, Shelley, Barker, Ketchum, Lovecraft, and Poe do not often write happy endings. They leave you with questions. And those questions fester in your brain making the normal seem sinister.

I will be reading more books by Richard Chizmar, and I hope you do too.