The Furies by Katie Lowe : Book Review by Kim 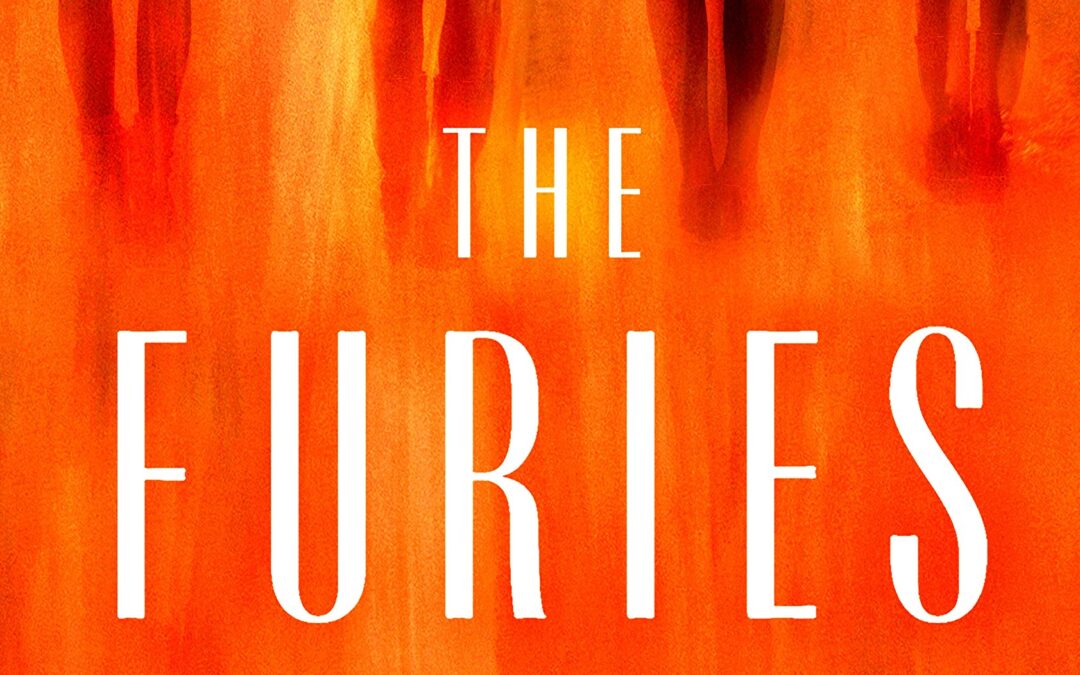 She’s posed on a swing on her boarding school’s property, dressed all in white, with no known cause of death. Whispers and rumors swirl, with no answers. But there are a few who know what happened; there is one girl who will never forget.

One year earlier: a new student, Violet, steps on the campus of Elm Hollow Academy, an all-girl’s boarding school on the outskirts of a sleepy coastal town. This is her fresh start, her chance to begin again in the wake of tragedy, leave her demons behind. Bright but a little strange, uncertain and desperate to fit in, she soon finds herself invited to an advanced study group, led by her alluring and mysterious art teacher, Annabel.

There, with three other girls—Alex, Grace, and Robin—the five of them delve into the school’s long-buried grim history: of Greek and Celtic legends; of the school founder’s “academic” interest in the occult; of gruesome 17th century witch trials. Annabel does her best to convince the girls that her classes aren’t related to ancient rites and rituals, and that they are just history and mythology. But the more she tries to warn the girls off the topic, the more they are drawn to it, and the possibility that they can harness magic for themselves.

Violet quickly finds herself wrapped up in this heady new world of lawless power—except she is needled by the disappearance of a former member of the group, one with whom Violet shares an uncanny resemblance. As her friends’ actions take a turn for the darker and spiral out of control, she begins to wonder who she can trust, all the while becoming more deeply entangled. How far will these young girls go to protect one another…or to destroy one another?” – Amazon

As soon as I read comparisons of The Furies by Katie Lowe to the movie, The Craft, I knew I would be reading it. I watched The Craft when it first came out, and many times since, and thoroughly enjoy it. The nods that Lowe did in The Furies filled that wonderful piece of nostalgia that I was looking for. But if you’ve never seen The Craft, (what is wrong with you!) you’ll still be able to enjoy the book.

Lowe did a wonderful job in slowly revealing the plot, but not so slow that you become bored. On some of the slower parts Lowe was sharing various information on art, culture, and witchy things, which I really enjoyed. It started getting (good) crazy towards the end when the various storylines were getting tied up. Lowe gives a great conclusion to The Furies, but still leaves enough of an uncertainty that I found myself thinking about the book and questioning some of the conclusions. I’m looking forward to discussing The Furies with my podcast partner, Jessica, at Books Don’t Review Themselves. I’m sure talking about it with her will bring about more insights that I didn’t even think about.

There was a hazy quality to this book that lent it a bit of mysticism and the feeling that you were looking into someone else’s memories but not having all the facts. At first this annoyed me a bit when a part of the story just segued into another without a concise break. A few times I had to go back to make sure I wasn’t missing something, but then realized that this is how Lowe was writing the book in order to play on the memories that were from many years ago. And it also gave the reader a feeling of wonder if they could truly believe the narrator as to what really happened.

The title works perfectly not only with the entities that help with the spells that the young women cast, but with the emotions that girls turning into women often feel. Girls and women are always told to be good and not cause any waves. They are supposed to think of others first and control their emotions. If they cry and yell then they are being hysterical. In The Furies, these young women are taking control of their lives and doing things that society considers not proper. Now I’m not saying you should go around killing people, but don’t give in. Stand up for what you believe in, do not let people gaslight you, and do things for yourself without always thinking of others first. If it harms none, do what you will.