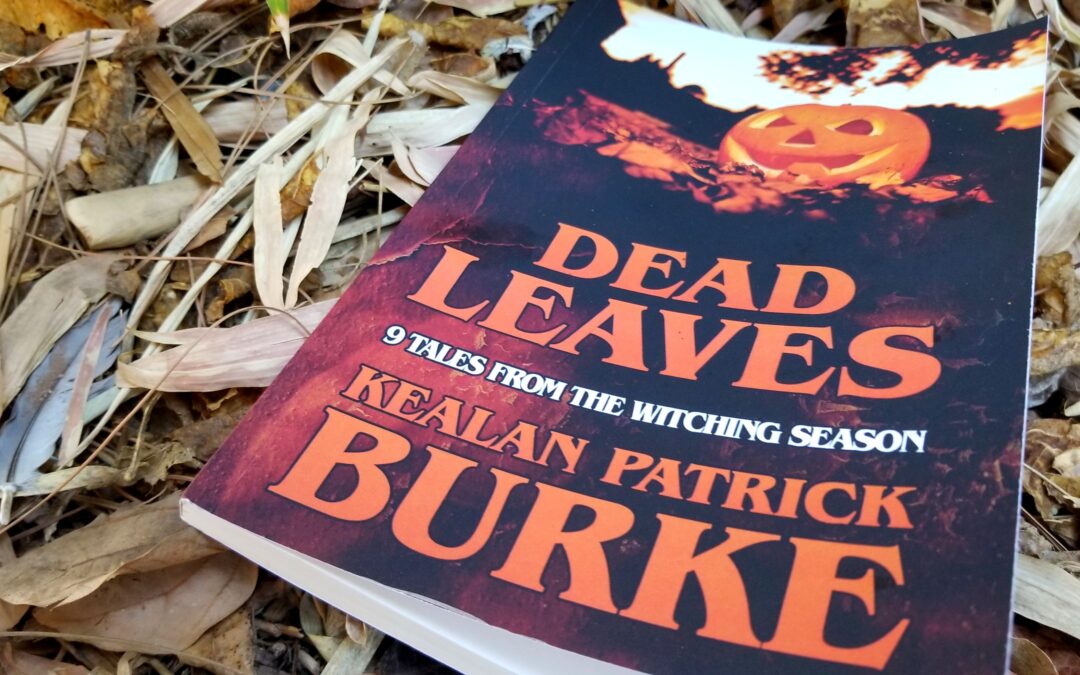 "Strange text messages portend a strange kind of apocalypse…Two brothers find themselves drawn to the only house in the neighborhood not decorated for Halloween…A man returns to his hometown to bury his overbearing mother, and finds more than memories awaiting him in the shadows of his childhood home…A young girl walks a lonely country road, recalling a rhyme that brings with it memories of death…A teenager hoping for romance gets more than he bargained for when the object of his desire introduces him to the object of hers…An aging millionaire awakes buried in a cheap coffin with only a lamp and a bell for company…The son of a woman accused of being a witch accepts the villagers’ peace offering at her funeral, but all is not quite as it seems…A woman with a violent past realizes that this year’s Halloween party may be coming for her…and a lonely trick-or-treater awakes in a house rumored to be a place of death.
_ _
From Bram Stoker Award-winning author Kealan Patrick Burke comes the second in his series of seasonal collections. Featuring a brand new story ‘The Toll’, a new introduction, and rounded out by the author’s recommended Halloween reading and watching lists, DEAD LEAVES makes for the perfect autumnal read." – Amazon

As most of you know, I enjoy the works of Kealan Patrick Burke and DEAD LEAVES is no exception. This was the first book of short stories I’ve read. I enjoyed the stories and obviously, some more than others. I’m going to write this review a bit differently because I don’t think it’s fair to you as the reader that I touch on all nine stories included in DEAD LEAVES. I will, however, briefly touch on one of my favorites in the small collection.

There were a few notable stories that I absolutely adored and those were: The Toll, Andromeda, The Tradition and Someone to Carve the Pumpkins.

One of the stories, Andromeda, begins with Hannah, a high-school student whose nose is buried in her smartphone. Her mom is a real-estate agent heading out the door on her way to work in the morning. Hannah stops to pick up her friend, Fiona, on the way to school. They both notice a lot of peculiar behavior at school. It grows eerily quiet. Students aren’t acting like themselves. Some of them have lined up in formation. Some are just staring at their smartphones.

Hannah receives a very bizarre text message from her mother telling her that everything is going to be OK. “Have you seen it yet honey engine turning love? The stars, the fire, the swirling whirling patterns in our hands? We’re going coming bringing us home come home there’s lice in the fridge.” Hannah freaks out and rightfully so when her Mom doesn’t respond to her what-in-the-actual-fuck response back. She receives a similar text message from her Dad and the behavior from kids at school grows increasingly strange. If it sounds amazing that’s because it is.

“‘Everything’s dark, nothing is bright,’ the child sang, ‘No one can stop us on Halloween night. This is our night, this is our street, give us some money or candy to eat.’”

These stories were exceptional! Kealan Patrick Burke is easily one of my favorite writers. The way in which he spins his tales is just awesome. The man can make just about anything spooky with his atmospheric descriptions and scary environments. The book starts off with the author giving his take on Halloween and why it’s such a magical time of year. Additionally, Kealan rattles off a lengthy list of his favorite spooky books and movies he likes to indulge in during this time of the season.

Each story is perfect for the Halloween season as they’re all based around this time of the year. I will say that this, however, I’m really not a fan of a bunch of short stories rolled up into one book. Nothing against Kealan Patrick Burke because as I mentioned, he’s a genius and easily one of my favorite writers. It’s simply a matter of personal preference.

Take, for example, the story of Andromeda that I mentioned above. You’ve got nine stories to cover in a fairly short book so it goes without saying, just as I was REALLY getting into Andromeda, the writer was wrapping things up and it ends. It just ends. Seriously? You’re leaving me with that? That’s it? That’s all I get? I was so bummed out! And not because the story sucked or the writing was horrific but because JUST as it was starting to get really, really good – it ends so abruptly! I mean, it has to, right? The dude has eight more stories to tell in a very limited amount of space!

That said, I don’t think I’ll be getting anymore short stories or anthologies. I do think it’s a great way to discover new authors without the commitment of an 800+ page book, but honestly, I’d rather have ONE story, one story line, the characters I can either fall in love with or hate and a beginning, a middle and an end. I like that commitment, but maybe it’s just me. Again, this is simply a matter of personal preference. I won DEAD LEAVES via an Instagram giveaway courtesy of @readlingoctopus714 (Amanda) which I really, really appreciate it!

Despite my personal feelings of short stories and anthologies, I am still giving DEAD LEAVES a solid 4-star review. I loved the bulk of the stories in this book and as I mentioned previously Kealan Patrick Burke’s writing never disappoints in the least! It’s the perfect book to cozy up to in the Fall. Highly recommended!!