Wrath of the Undead by Eric Moreno : Book Review by Scott 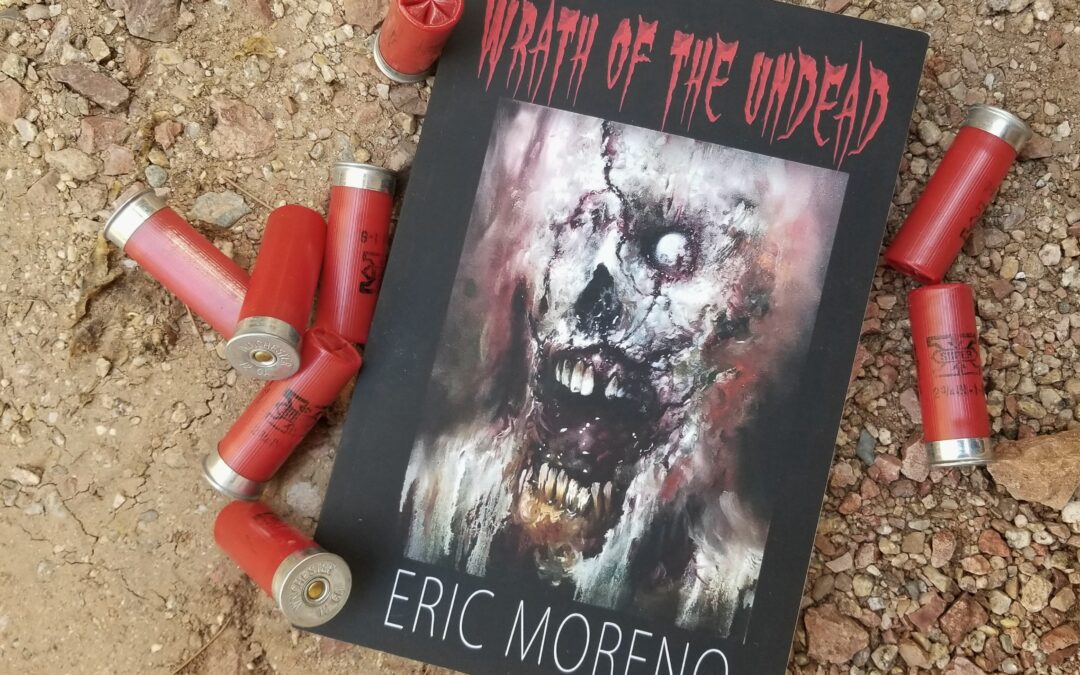 “Life for a child entering teenage years can be rough, especially if there’s a fifty percent chance that they’re carrying a mutated virus. Madeline Monreal, a Biochemist, narrates her story several years after the initial virus outbreak. She recalls her days in high school during this post-apocalyptic era where life has been restored to normal, except for the kids carrying a mutated virus which can turn them into the undead. _
_ _
_In a world where every teen is screened for the virus at school and if found positive, is legally executed by heavily armed security guards, Madeline makes it her life’s mission to finding a permanent cure. As she retells her life including the beginning of the outbreak, we follow the aftermath of the initial incident as it spreads over the course of a grueling day and learn how each person pulls together the strength and resolve needed to pull through this ordeal or succumb to the wrath of the undead.” – Amazon

I, for one, love apocalyptic movies and books especially when zombies are involved. I follow Eric Moreno, the author, on Instagram and he’s done his fair share of marketing. This is his debut project and when it went on sale on Amazon, I knew it was going to be an October read for me. As the synopsis indicates, the story is told from varying recollections of Madeline.

She tells us about the start of the virus outbreak when she was just a student in high school and then fast forwards to her time now as a doctor where she’s the head of research at the CDC. It’s a fairly thorough story that starts from the moment the virus goes airborne until the moment a cure is found which was a fairly cool part of the story for me. Let’s face it, in every single movie, book, TV series, what have you… they never find a cure and it pisses me right off. We got people walking on the moon and you can’t find a cure for a virus that has everyone eating each other’s faces? C’monnnnnnnn!

Getting back to the story, we follow Madeline and a small group of survivors in Los Angeles. Their main focus is obviously fighting the undead, but there is some inner turmoil within the group of the survivors which was a nice change of pace. In the end, one of the survivors in the group is pre-military. After being discovered by several military personnel, this is ultimately how a cure for the virus comes into play. I don’t want to give any additional specifics as I don’t give out spoilers in my review. You’ll have to drop into the zombie apocalypse in WRATH OF THE UNDEAD to see how the chaotic action unfolds and takes place!

I knew I’d enjoy this story simply because as I mentioned previously, I enjoy apocalyptic stories. zombies have always held a special place in my heart and the world ending apocalyptic scenes are an added bonus for me. This was a very, very quick read for me. I finished the book in two days. There is a substantial amount of dialogue which makes the scenes go by very quickly. In a span of just a couple of pages, the book covers A LOT of ground which definitely keeps you on your toes. It is action-packed from beginning to end and the opening scene gripped me and kept me turning the pages.

The characters were believable and worthy enough that had me rooting for them once the undead show up. There were a couple of scenes that didn’t quite seem believable or all that realistic to me (like a dude in a helicopter flying overhead recognizing another dude he knows in a sea of people and zombies in downtown Los Angeles), but then I think about all the unrealistic things that happen in most zombie tales and all is forgiven.

My other very minor gripe with the book are the number of spelling and grammar errors. I didn’t think twice about it when I spotted one or two, but after a while, they started sticking out to me more and more. It didn’t completely detract from the book or the storyline, but it was noticeable. I’m no regional spelling bee champ, but a few of them became repetitive which had me groaning like a zombie. [insert really dead zombie sound effect here] Obviously, we’re all humans. Humans and editors alike can make errors, but when all is said and done, it did seem excessive by the end of the book.

I thoroughly enjoyed WRATH OF THE UNDEAD. It was a unique storyline that for once gave some solid background on how the virus started and ended. I liked that we got to follow around one character in particular. It was cool to see the story from beginning to end. It is extremely fast-paced and a book worthy of any fictional zombie collection! Recommended to anyone who’s a fan of apocalyptic storylines, especially those involving the undead.