The Cormorant by Stephen Gregory : Book Review by Scott 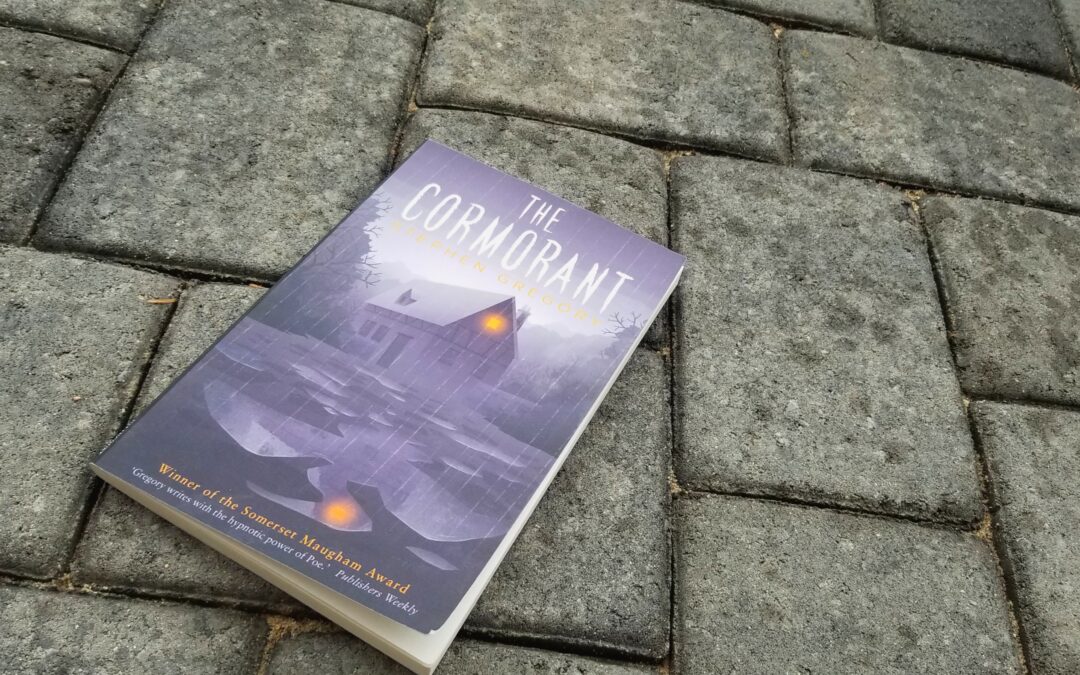 “A young family receives a welcome surprise when old Uncle Ian dies and leaves them a cottage in north Wales. For Ian’s nephew and his wife Ann, it seems a stroke of incredible good fortune, enabling them to leave their unfulfilling lives in the city for a newfound freedom in the remote seaside cottage. There’s just one catch. Uncle Ian’s will has a strange condition: the couple must care for his pet cormorant or forfeit the bequest. They think nothing of it at first: Uncle Ian was eccentric, and the bird is amusing in a way. But when the cormorant begins to show a violent and malevolent side, they soon find that Uncle Ian’s gift may not be a blessing, but a curse.
_ _
Stephen Gregory’s first novel, The Cormorant (1986), received widespread critical acclaim, winning the prestigious Somerset Maugham Award and earning comparisons to the works of Poe. This edition includes a new introduction by the author, in which he reveals how this enduring and haunting tale had its origins in his own experiences during a bleak Welsh winter.” – Amazon

Uncle Ian has passed away and left his cottage to his nephew and his family. The stipulation is in order to keep the cottage, they must also keep Uncle Ian’s pet cormorant alive and well as a family pet. If the bird dies due to negligence, the cottage is gone. Uncle Ian found the sea bird out on the river when it was barely a year old. After nursing it back to good health, it became a pet of Uncle Ian’s. Now that Uncle Ian has passed, it is up to the narrator, his wife, Ann and their toddler son, Harry, to love the bird just as Uncle Ian did. With the terms of the will agreed upon, the cottage is secured and THE CORMORANT is delivered.

After some initial growing pains together, the family learns to adjust with THE CORMORANT affectionately named Archie. It does not take long, however, for things to begin going terribly, terribly wrong. It seems like a fairly harmless deal, right? Get a cottage. Take care of a bird. How difficult could it possibly be? Unfortunately, Uncle Ian’s nephew and his family completely underestimate the terror a cormorant is capable of delivering. squawk!

“THE CORMORANT was a Heathcliff, a Rasputin, a Dracula. Or maybe it was just a sea crow, corvus marinus, as the name suggested, just a scavenging, unprincipled crow.”

Having lived in both Minnesota and Wisconsin and at one point in time in my life being a fairly avid fisherman, I am all too familiar with THE CORMORANT. A duck-like black bird with a pencil-neck capable of eating four times their body weight in fish per day. Terribly invasive and capable of destroying a lake’s ecosystem in a very short amount of time. This bizarre little book really took me by surprise. It isn’t in your-face-horror. It’s the quiet kind. It’s the kind you aren’t expecting. It’s poetic, beautiful prose will bury itself deep within you and then consume you from the inside-out. The writing is beautiful and Stephen Gregory’s descriptive delivery is more detailed than most anything else I’ve ever read. I found myself completely immersed in every scene simply due to how beautifully descriptive the writing is on each page of THE CORMORANT.

The book is told from the point of view of Uncle Ian’s nephew. He strikes up a relationship with Archie immediately and becomes fascinated with the bird. Archie also takes a liking to Ian’s nephew. Ian’s nephew takes THE CORMORANT to town for supplies. He also takes him fishing which consists of him tying a rope loosely around the collar on the bird and then sending THE CORMORANT out to sea. The bird dives, brings up numerous fish in its hook-billed beak and together they bond. The language is, again, quite descriptive and each scene is painted beautifully and most times, quite horrifically.

Beautifully painted scenes aside, this book is terribly disturbing and that may be this year’s biggest understatement. There are numerous scenes, in particular, that had me feeling queasy and nauseous. If you look at reviews online of THE CORMORANT, there is one scene involving the entire family and a bathtub that had me squinting as I was reading it. I know for a fact, I whispered, “What the fuckkkk?!” at least two, maybe three times, as I was reading this book. That’s not necessarily a bad thing, but this particular scene as other readers have indicated did nothing to lend to the story, overall. It was obviously written for a means of shock value which is fine, but again, it really did nothing to contribute to the story line. The entire book was beautifully crafted and written, I was disappointed to see something of shock value like this written just for the sake of being shocking.

Speaking of shock value, if you’re someone who despises scenes of animal hate or torture or things of that nature, I wouldn’t recommend this book. I think it’s safe to say that if you find a book in the horror genre, you’re a lover of all animals and the title of the book involves an animal, i.e., THE CORMORANT, you should probably just go ahead and skip it. Don’t buy it. Don’t read it. Save your cash. Save your time. You’ll inevitably be disappointed and disgusted.

Aside from the disturbing bathtub scene, I was a bit dismayed by the ending of this book. I’ve mentioned this before but the book does this beautiful, descriptive dance. It’s so poetic and beautiful and the pace guarantees you are a part of every scene. I get to the ending and it’s, like, four sentences long, completely rushed, half-assed and it was almost as though the author changed his mind and went in a different direction at the last minute. It was very strange and even though it’s completely fucked up and bizarre, I just didn’t feel like it meshed with the rest of the story. It just didn’t seem all that believable to me and I had a very difficult time imagining it. I didn’t care for it at all and just because it was fucked up, doesn’t automatically make it good – at least, not as far as my book reviews are concerned.

Despite these bookish opinions, I very much enjoyed this book. It was horrific in so many ways and at 132 pages long, it doesn’t take very long for things to start ramping up very quickly. The writing and the language was amazing despite the couple of setbacks I previously mentioned. I’d definitely recommend it because it’s a different book. It’s quite subtle in most aspects. I saw a lot of other reviewers use the term “quiet horror” which describes this book perfectly. It isn’t in your face like slasher horror, but that isn’t to say it is any less horrific.

I was frightened due to the overall atmosphere of the book and the simple fact that Archie, a wild cormorant, was so damn unpredictable in most scenes. It was like turning the handle on the side of a jack-in-the-box and “Pop! Goes the Weasel” begins to play and you never really know when that fucker is gonna pop up and scare the last breath out of your body. That’s what it was like to read this book. You’re slowly turning the handle waiting for that clown to pop up not knowing what to expect around the next twist and turn. If you’re looking for a little novella that you won’t have to invest a lot of time in, I’d recommend you try THE CORMORANT. It’s a different kind of horror that will leave you guessing! It’s a 4-star read, fellow bookworms!