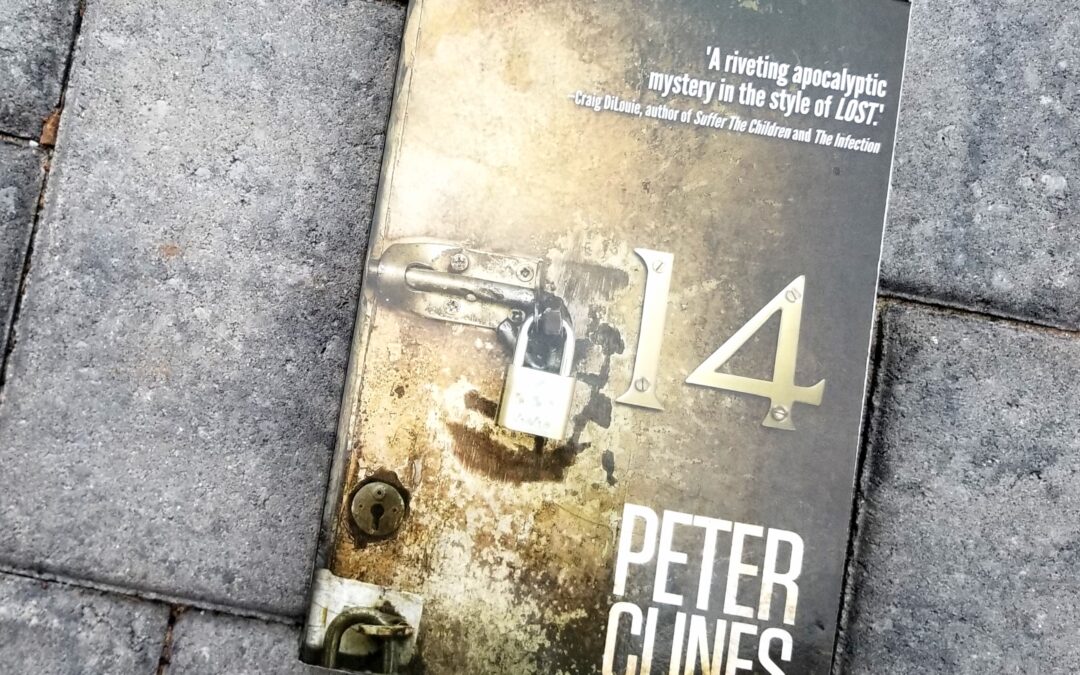 “Padlocked doors. Strange light fixtures. Mutant cockroaches.
_ _
There are some odd things about Nate’s new apartment.
Of course, he has other things on his mind. He hates his job. He has no money in the bank. No girlfriend. No plans for the future. So while his new home isn’t perfect, it’s livable. The rent is low, the property managers are friendly, and the odd little mysteries don’t nag at him too much.

At least, not until he meets Mandy, his neighbor across the hall, and notices something unusual about her apartment. And Xela’s apartment. And Tim’s. And Veek’s.

Because every room in this old Los Angeles brownstone has a mystery or two. Mysteries that stretch back over a hundred years. Some of them are in plain sight. Some are behind locked doors. And all together these mysteries could mean the end of Nate and his friends.” – Amazon

Nate Tucker is looking for a new apartment. He’s told about an extremely affordable building at a monthly rate in Los Angeles that’s almost too good to be true. After submitting his application, management allows him to move in very quickly. Nate quickly discovers that there’s something strange about the Kavach Building where he now resides. The light in the kitchen emits nothing but black light despite trying a multitude of different bulbs, bulb colors and wattage. Black Light. That’s all he gets in the kitchen. There’s mutant fluorescent lime green cockroaches with seven legs and doors padlocked barring any entrance. Nate begins exploring the apartment building and additionally, meets several of the tenants that reside in the building with him. Not only do the floor plans of each apartment differ, but each apartment has its own set of quirks and overall, weirdness. After subtly discussing this with several of his neighbors, they make a pact to unravel the mysteries of the Kavach building once and for all.

I was pleasantly surprised by this book. I didn’t know what to expect, but I know after reading the synopsis, I was all in. I’ve seen this book show up every so often on the #bookstagram feed. When it does show up, it has a glowing and very exciting review. Exciting reviews excite me as a reader! If the person doing the reviewing is enthusiastic, you should be, too. I am excited! This is my excited face. Get excited, people! Back to the review… as I mentioned, I was pleasantly surprised by 14. The story gripped me immediately and held on for dear life. I plowed through all 469 pages in record time because the story just became more and more intriguing as I continued reading.

There are several characters in the book (all tenants of the Kavach building) and I formed a bond with all of them. They were down to Earth people like you and I, just trying to get through life. They take it upon themselves to embark on this adventure (which inevitably turns into a fight for survival). I was able to immediately relate to the group of characters and each of them were interesting to me in their own right. It wasn’t an overwhelming number of characters because when a writer drops a whole clan of people on me in the first few pages, that really drives me crazy. Despite the handful of main characters that band together, they’re all unique in their own sense and thus, it’s easy to keep track of them and who they are individually in the story. The fact that I found all of them interesting made the story that much more real to me and thus, a very easy read.

You’ll see that 14 is often compared to the TV show “Lost”. I absolutely loved “Lost”!! The bizarre puzzles and mysteries surrounding the island on the TV show are similar to the mysteries of the Kavach building in 14. There’s numerous pop-culture references which set off a couple of laugh out loud moments while reading. I kinda liked the pop-culture references as again, it helps make the characters more real. Oh Nate, you watched Scooby-Doo growing up, too? No way! That’s crazy! See? Now it’s like Nate and I are BFF’s. WIN/WIN!

I looked at the reviews of 14 on Amazon and Goodreads. Thankfully, the bulk of its reviews are positive. The small percentage that opted to give it just 1-star said the book was too cliche. I’ve no idea what that even means. If there was such a thing as a hipster book review, I’d imagine that’s what it would say.

If you’re a fan of my reviews, you’ll know I don’t divulge spoilers. That’s not how I roll. You’ll have to take my word for it when I tell you that there’s numerous twists & turns throughout the story. It’s a manageable read even at 469 pages because it really doesn’t feel like that long of a novel. The chapters are extremely short and it’s a fast read, overall. Due to the number of bizarre mysteries within the Kavach building, I’m afraid I can’t divulge much more than I already have. It’s a sci-fi book. It’s a thriller. It’s horrific. It’s an adventure. It’s suspenseful. It’s a nail-biter and it’s downright exciting from beginning to end. I think it goes without saying that 14 is a book that I thoroughly enjoyed!! I loved the laid back writing style, the characters and the unique concept and storyline. Try it. I think you’ll dig it! Just watch out for those mutant cockroaches. eeeeeew.