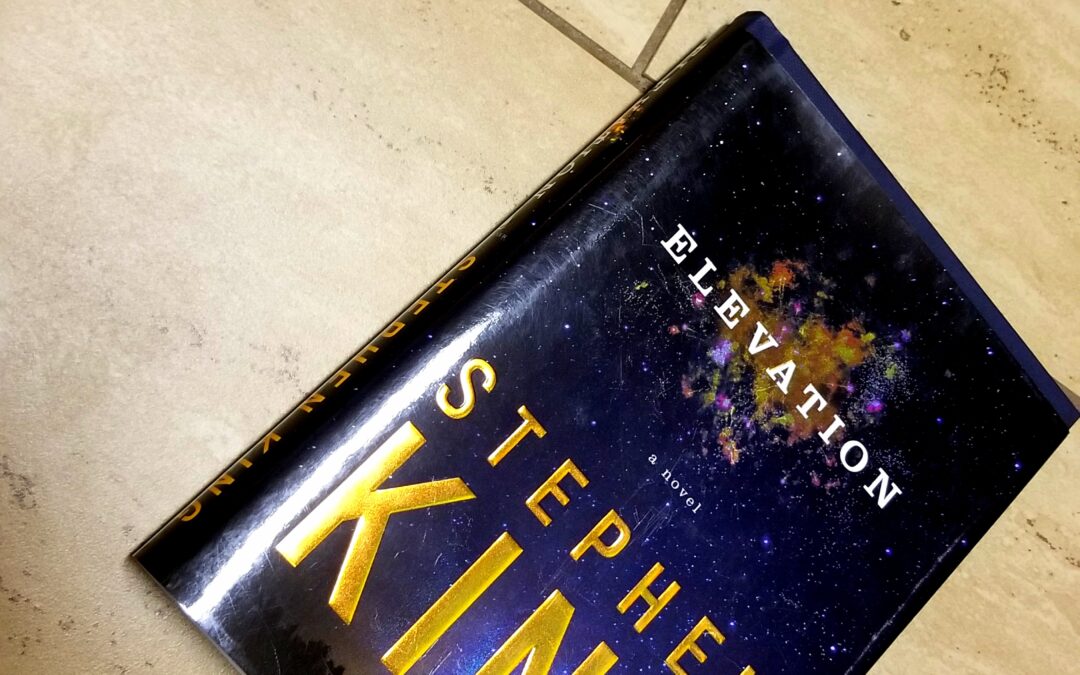 “Although Scott Carey doesn’t look any different, he’s been steadily losing weight. There are a couple of other odd things, too. He weighs the same in his clothes and out of them, no matter how heavy they are. Scott doesn’t want to be poked and prodded. He mostly just wants someone else to know, and he trusts Doctor Bob Ellis.
_ _
In the small town of Castle Rock, the setting of many of King’s most iconic stories, Scott is engaged in a low grade—but escalating—battle with the lesbians next door whose dog regularly drops his business on Scott’s lawn. One of the women is friendly; the other, cold as ice. Both are trying to launch a new restaurant, but the people of Castle Rock want no part of a gay married couple, and the place is in trouble. When Scott finally understands the prejudices they face–including his own—he tries to help. Unlikely alliances, the annual foot race, and the mystery of Scott’s affliction bring out the best in people who have indulged the worst in themselves and others.” – Amazon

The story starts off with Scott Carey unraveling a mystery about himself. He’s a large man. Well over 6-feet tall and it would appear he’s close to 300 pounds. By a fluke of nature, he weighs himself and discovers a very odd anomaly. His weight doesn’t fluctuate regardless of whether or not he’s wearing any clothes. If he holds a 15 pound dumbbell in each hand, his weight doesn’t fluctuate and thus, he seeks the medical advice from his neighbor who just happens to be a retired medical doctor. Doctor Bob insists he seek medical attention as he simply cannot explain what is happening to Scott. Scott politely declines and just assumes there’s an error within the scales he continues to step on. To make matters worse, he’s steadily losing weight. At first, it is slow and gradual, but then begins escalating to 2–3 pounds daily. His weight continues plummeting, but his physical appearance continues to remain the same. As the book continues with the end in sight, Scott continues to seek assistance from Doctor Bob and a couple of other residents of Castle Rock who are privy to his secret.

“Life is what we make it and acceptance is the key to all our affairs.”

I bought this book used from #halfpricebooks because it’s Stephen King and despite my love of horror, I really haven’t read much Stephen King. I didn’t know what to expect going into this. I do know one thing though. This is not a horror book. I’m probably going to lose a few friends with this review. I might have a few #bookstagrammers opt to no longer follow me because my opinion at the moment is going to be unpopular, but that’s OK. Only dead fish go with the flow. The writing is sub-par. The story is sub-par. There’s more unanswered questions than I can shake a stick at and Stephen King’s God-like complex has become wickedly apparent.
First, I was expecting to read a work of fiction. If I wanted to read all about Stephen King’s blatant political opinion that he’s scattered throughout the book, I’d ask. There’s enough political bullshit in social media, the news and everyday life, in general. I want to read a work of fiction. I want to escape. I want to be thrust in the middle of a story in another world. I don’t give two shits about Stephen King, his blue chambray shirts or his political beliefs. I don’t share my political views because nothing good can come of it. If you ask me how I feel about gun control, gay marriage, abortions, taxes, welfare or homelessness, I will stare you in the eye and agree with you the entire time. And I guarantee, you’ll never know which way I lean on any particular subject. The fact that Stephen King has so blatantly forced his views upon me while reading this amazingly shitty little book left a very sour taste in my mouth. That’s the first and the biggest issue for me. The whole thing was so disappointing.

The fact that this man can generate and publish a novel faster than some people can generate a turd is certainly admirable. I have to respect that, obviously, but I also have to state another unpopular opinion. I’ve read A LOT of very good horror books. I just don’t think Stephen King is the end all, be all of horror authors. I just don’t. Come fight me. There are so many other AWESOME writers in existence right now. I’d even put a few of those above Stephen King, in my ever so humble opinion. Yeah, I said that just now. Come fight me.

Sure, the guy has sold 750-bajillion books with multiple movie deals and blah blah blah blah. Yeah, he’s written 60+ books and he’s obviously a well-respected author. It’s also obvious he’s a popular mainstream author and anyone with half a brain cell can see that just by walking through a Barnes & Noble. Everyone is so quick to say King and Koontz when it comes to horror and that saddens me and makes me a little nauseous at the same time. I’m gonna reach for Tales from the Gas Station, Vol. 1 by Jack Townsend and tell you that you NEED to read this before I reach for one of the couple of King books I own. I’m just keepin’ it real. I’m going off on a tangent here, but as someone who loves and does art – give the underdogs a shot. The horror community needs that support.

What I’m trying to say is at this point in the man’s career, the name Stephen King sells books (obviously). Shitty little books like ELEVATION aren’t maKing or breaKing the man’s career (obviously). When you want to read a really good horror book, I invite you to peruse the #horrorbook hashtag and check out some of the recommendations by the Instagram community. Put down the King for one goddamn second and reach for Kealan Patrick Burke, Carlton Mellick III, Jack Townsend, and other phenomenal Indie authors that are out right now trying to make a name for themselves.

I’ve got a few more King’s on my shelf that I own mainly because I found 1st edition / 1st printings – not necessarily because OMG, I wanna read this!! I’m not saying the man doesn’t have good titles. Probably the understatement of the year, I know. I love The Shining, It, Misery, and The Outsider. I just tend to cringe a little when someone asks who your favorite horror author is and everyone immediately yells out “King”! Only reading Stephen King is the equivalent of only listening to the Billboard Top 40 every week. There are so many other AWESOME musicians, bands and artists out there. Turn down the Justin Beaver and Ariana Grande Latte and turn up someone else. Just because they aren’t on the mainstream radio wedged between a bunch of shitty commercials doesn’t mean they aren’t a good artist. Likewise, just because they aren’t front and center in the horror section at Barnes & Noble, doesn’t mean they aren’t a worthy horror author.

Sorry, not sorry, for going off. ELEVATION did nothing but disappoint me from beginning to end. The political opinions scattered throughout the book really upset me. The story, which was not the least bit horrific was repetitive with multiple dead ends. I didn’t care about Scott Carey or Doctor Bob. Character development? What’s that? Lose weight. Vanish into thin air. Eat a semi-truckload of Ding Dongs and Twinkies and don’t gain a pound. IDGAF. I’m giving this one 2-stars and the only reason why I’m not giving it 1-star is because it’s a used book and I like the way this one smells. If it didn’t have an old library smell, it would be 1-star. So basically, it has earned 2-stars because the scent appeals to me.