The Chalk Man by C.J. Tudor : Book Review by Kim 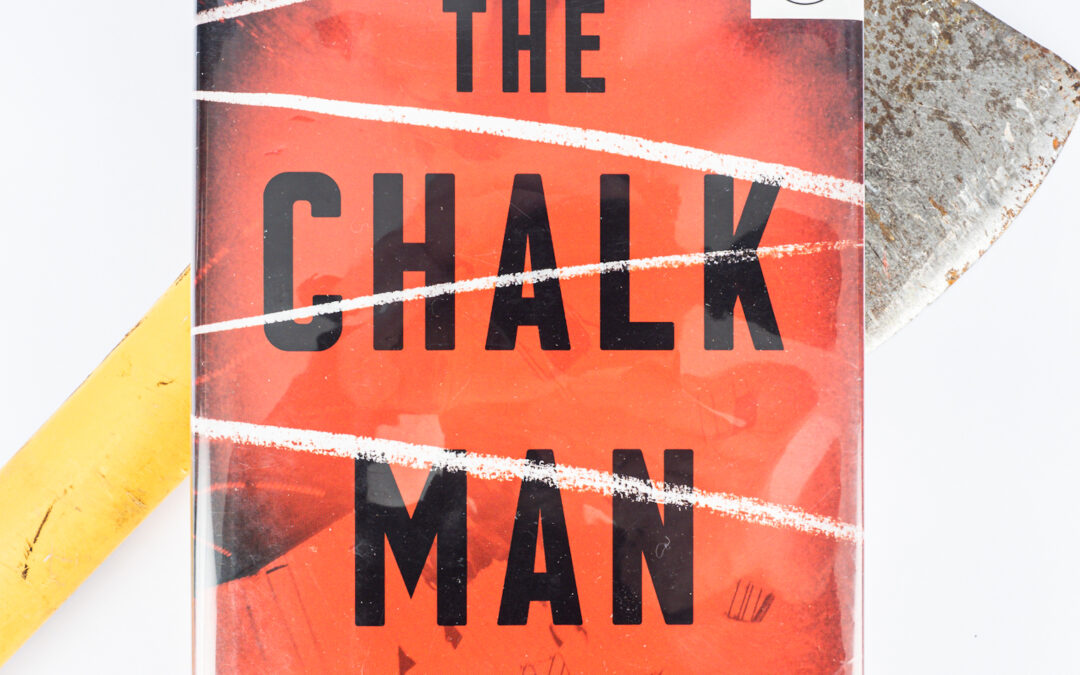 “In 1986, Eddie and his friends are on the verge of adolescence, spending their days biking in search of adventure. The chalk men are their secret code, stick figures they draw for one another as hidden messages. But one morning the friends find a chalk man leading them to the woods. They follow the message, only to find the dead body of a teenage girl.
_ _
In 2016, Eddie is nursing a drinking problem and trying to forget his past, until one day he gets a letter containing a chalk man—the same one he and his friends saw when they found the body. Soon he learns that all his old friends received the same note. When one of them is killed, Eddie realizes that saving himself means figuring out what happened all those years ago. But digging into the past proves more dangerous than he could have known. Because in this town, everyone has secrets, no one is innocent, and some will do anything to bury the truth.” – Amazon

I really enjoyed The Chalk Man because it was so reminiscent of Stand by Me and It by Stephen King, and those are a couple of my favorite stories by him. And although there are a lot of parallels between The Chalk Man and those two books, C.J. Tudor still puts her own twist on this novel.

This was a great coming of age story that also shows the results of the children’s actions twenty years later. Tudor had me wondering for awhile if this was an unreliable narrator situation, and I was happy to find out it wasn’t. Tudor leaves lots of clues hanging around if you pay attention, but even with all the clues I didn’t see all the different threads and to where they were leading.

I really enjoyed the ending and how it all came together and you realize everyone is twisted or has a secret. And the very ending with Eddie put a little smile on my face. His upcoming situation is horrific, but the story cycle will continue.