The Passenger by Lisa Lutz : Book Review by Scott 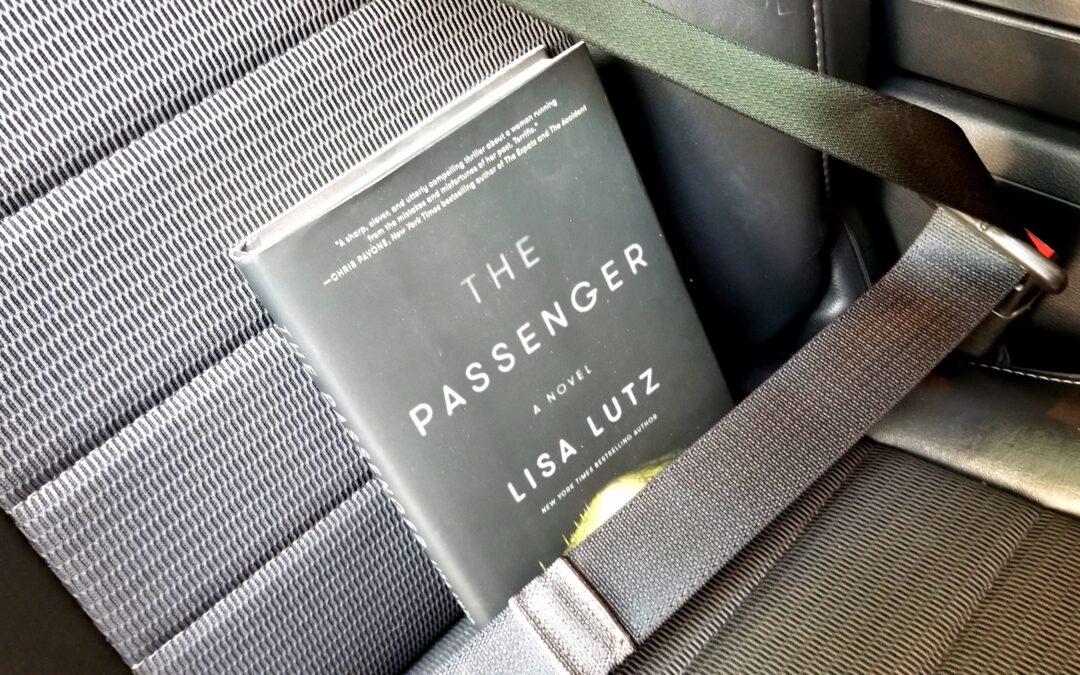 “Forty-eight hours after leaving her husband’s body at the base of the stairs, Tanya Dubois cashes in her credit cards, dyes her hair brown, demands a new name from a shadowy voice over the phone, and flees town. It’s not the first time.
_ _
She meets Blue, a female bartender who recognizes the hunted look in a fugitive’s eyes and offers her a place to stay. With dwindling choices, Tanya-now-Amelia accepts. An uneasy―and dangerous―alliance is born.
_ _
It’s almost impossible to live off the grid today, but Amelia-now-Debra and Blue have the courage, the ingenuity, and the desperation, to try. Hopscotching from city to city, Debra especially is chased by a very dark secret…can she outrun her past?
_ _
With heart-stopping escapes and devious deceptions, The Passenger is an amazing psychological thriller about defining yourself while you pursue your path to survival. One thing is certain: the ride will leave you breathless.” – Amazon

Tanya finds her husband’s body at the base of the stairs and from there, she runs. She doesn’t call 911. She runs. And THAT’S the opening of THE PASSENGER. Crazy, right? I know!!! She’s scared to death the police might find it suspicious and rather than call 911 and mourn the death of her husband, she casually packs a bag and takes off. We find out in a very short period of time that Tanya can’t call 911 because she’s still running from her past. She steals identities along the way and bounces all over the U.S. from state to state. She’ll swipe a wallet here or there and assume that identity. She’ll scope out obituaries and steal the identities of those who have recently passed. She’s running like the wind and doing whatever she can to survive. While focusing on the present day, the story does an occasional flashback that gives us little glimpses into Tanya’s past. The story of her past collides violently with her present day situation and things continue escalating at a rapid pace much faster than Tanya is capable of running.

“When I found my husband at the bottom of the stairs, I tried to resuscitate him before I ever considered disposing of the body…”

What a crazy book! Nowhere near the horror genre that I adore, BUT it is a fast-paced thriller. I mean, a strong woman running from her past, stealing identities left and right, proving she’s a bad ass with every action she takes… what in the heck is not to love? I knew from the moment I started reading that opening that this book was going to grip me and it did. It held onto me for dear life and refused to let go. Every chapter of the book is the title of a different woman’s name that Tanya (or whatever her name) has stolen. Tanya isn’t even her real name, but for the sake of the review – that doesn’t matter. What I loved about this book is that Tanya perseveres despite the number of roadblocks that are hell bent on making things as shitty for her as possible. She keeps her head down and she does what she has to do in order to survive. It’s an amazing thing. The entire book is a rollercoaster full of twists and turns. Numerous unanswered questions continue mounting as the story goes on, but not to worry. Lisa Lutz wraps the whole package up with a pretty red bow at the very end. It’s not often you can say that, right? I mean, there’s always questions, right? Hey, what about the car? Or what about that tree that kept attacking people? What about Li’l Mooky? I didn’t have any of the normal unanswered questions at the end of this book and it was refreshing to be honest with you.

THE PASSENGER was an easy 5-star read for me. I did peruse the reviews on Goodreads and unfortunately, a few people had issues with it. It seems the major gripe that most had with the book was the lack of information on Tanya’s character. It seems they wanted to know more about her and what made her tick. That’s a fair statement, but for once, can we just read a book from start to finish and appreciate the words? Do we honestly need the backstory for every person, place and thing in the book? Tanya’s on the run. She’s a badass. Do we really need to go back to her childhood so we can analyze every trauma she ever experienced and figure out why she’s doing what she’s doing? Can’t we just appreciate the storyline as-is? That’s what I did and I’d suggest you do the same.

If you don’t want to read the book with that frame of mind then yeah, you’re probably going to roast THE PASSENGER. I didn’t. I didn’t take it upon myself to analyze and critique the backstory of Tanya’s character and thus, I seriously enjoyed this book. I couldn’t wait to get home and unravel more of the mystery. Where was Tanya headed next? Is she going to evade capture? Is her past going to catch up to her? What’s her next move? She’s running low on funds. How’s she going to make a couple of bucks so she can eat tonight? Just appreciate the words. Free your mind. Get into the storyline and just let it be. Let it flow and don’t worry about the fact that we don’t know how Tanya did on her multiplication tables in 4th grade. It doesn’t matter, k?

Awesome writing. Characters I grew addicted to. Simplistic story that was easy to follow, yet way too engaging for its own good. I could go on. As I mentioned, this is one I really, really enjoyed. It was fun and you know what? I had fun reading it. It was one of those guilty action-packed movies that made it easy to love. 5-stars for me, boys & girls. Reading should be fun and if you want a fun, action-packed, suspenseful thriller – THE PASSENGER is one I highly recommend.