The Sun Down Motel by Simone St. James : Book Review by Kim 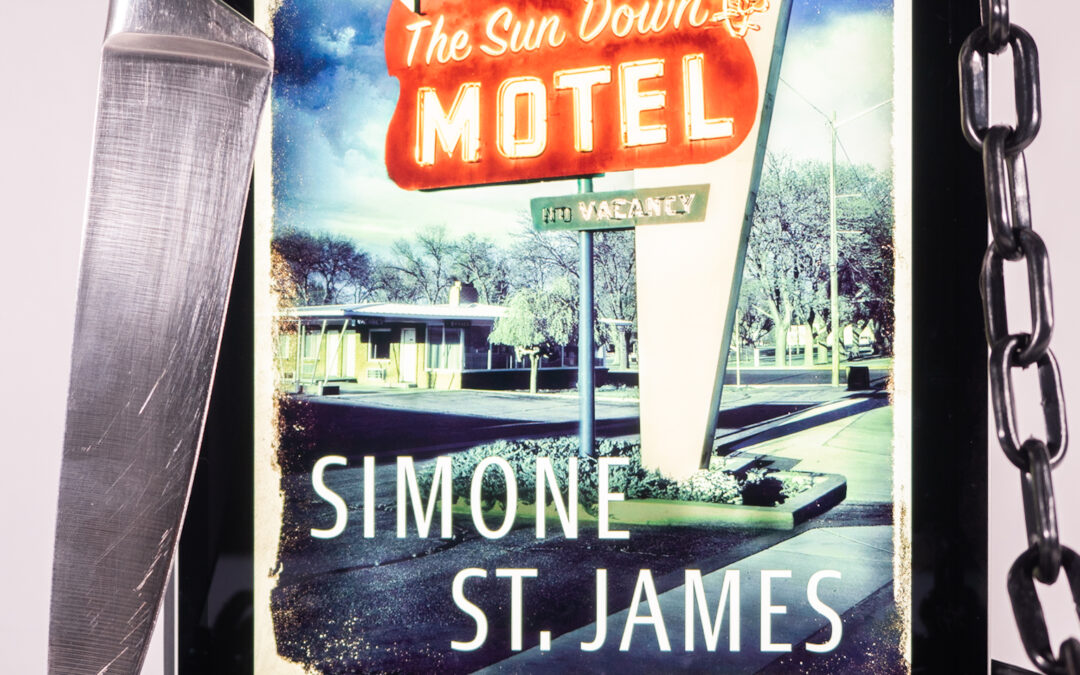 “Upstate New York, 1982. Viv Delaney wants to move to New York City, and to help pay for it she takes a job as the night clerk at the Sun Down Motel in Fell, New York. But something isnʼt right at the motel, something haunting and scary.
_ _
Upstate New York, 2017. Carly Kirk has never been able to let go of the story of her aunt Viv, who mysteriously disappeared from the Sun Down before she was born. She decides to move to Fell and visit the motel, where she quickly learns that nothing has changed since 1982. And she soon finds herself ensnared in the same mysteries that claimed her aunt.” – Amazon

The Sun Down Motel by Simone St. James had me turning the pages quickly and staying up late until my eyes couldn’t stay open any longer. While most of the book didn’t give me the creeps, I did get chills towards the end with the little boy in the pool. I thought for sure it was going to get really dark, and I think if St. James had taken it that way, she and the reader could have had a lot of fun with that part of the story.

It’s a mystery that evolves into a second mystery 35 years later that is engulfed in the world of the supernatural. You also get feminist power and rage which grows more as the book goes on. At times I felt my own rage because women being gaslighted or not believed just because they are female has been going on forever. Even other women not being able to help because it would be detrimental to their own lives. It is so frustrating and Viv’s emotions were written so well in regards to this.

I kept thinking that Carly was actually a ghost reliving her past, and when the novel didn’t end up going in that direction I was pleasantly surprised. After reading The Sun Down Motel, I want to check out more of her books, especially The Broken Girls. Highly recommend!