The Guest List by Lucy Foley : Book Review by Kim 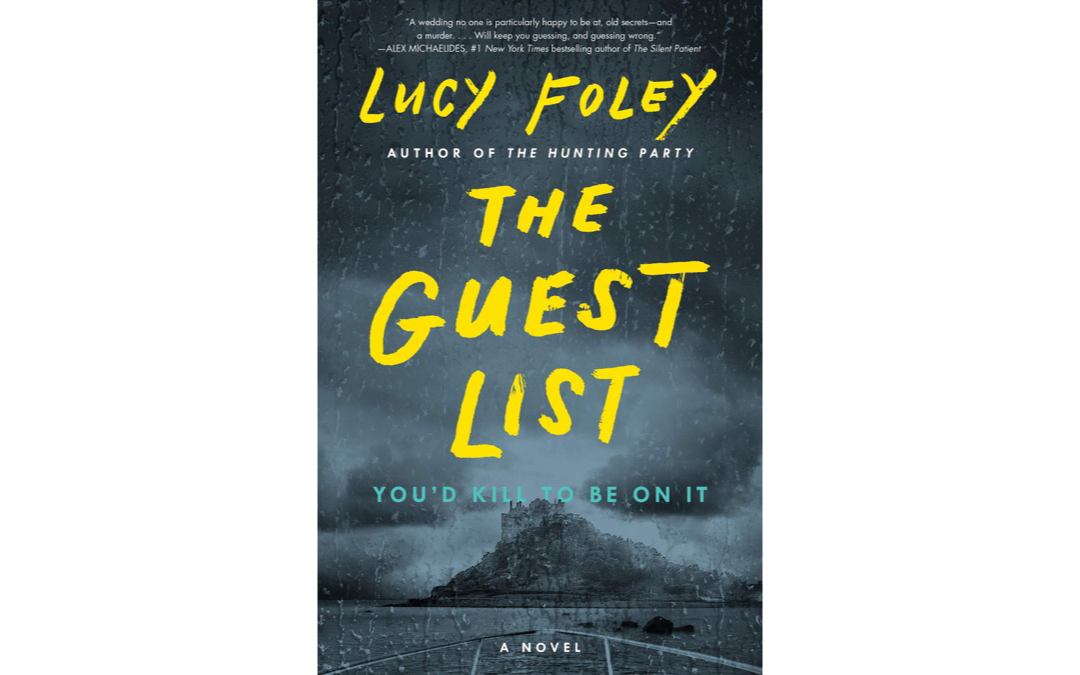 “On an island off the coast of Ireland, guests gather to celebrate two people joining their lives together as one. The groom: handsome and charming, a rising television star. The bride: smart and ambitious, a magazine publisher. It’s a wedding for a magazine, or for a celebrity: the designer dress, the remote location, the luxe party favors, the boutique whiskey. The cell phone service may be spotty and the waves may be rough, but every detail has been expertly planned and will be expertly executed.
_ _
But perfection is for plans, and people are all too human. As the champagne is popped and the festivities begin, resentments and petty jealousies begin to mingle with the reminiscences and well wishes. The groomsmen begin the drinking game from their school days. The bridesmaid not-so-accidentally ruins her dress. The bride’s oldest (male) friend gives an uncomfortably caring toast.
And then someone turns up dead. Who didn’t wish the happy couple well? And perhaps more important, why?” – Amazon

Both The Guest List and The Hunting Party remind me a lot of the Christopher Pike books I read as a teen, but it’s as if those books have grown up. There are a lot more adult relations and problems, but still all the twists and draw dropping reveals that I’ve come to expect from Pike, and now Foley.

In The Hunting Party the only likeable characters were the two people who ran the lodge. In The Guest List there were more likeable characters and characters that I felt sorry for in regards to circumstances that others, as well as themselves, had brought upon themselves. There are still a bunch of rich, narcissistic, and psychopathic people in this book, and I am not ashamed to admit I was happy to see some of them get their comeuppance.

In The Guest List, the story is told between some of the guests and the wedding planner and switches time periods, but it’s never hard to follow. The way Foley ties everything up is done masterfully, even if one must suspend their belief in order for it to be believed. But that’s what is great about reading fiction, you get to just enjoy the story. I did see some of the things coming since Foley left some big clues if you’re paying a bit of attention. But when it came to two of the female guests, I enjoyed the twists for them. And while not everyone got to kill off the jerk (and we actually don’t find out who is murdered until late in the book), they way it happened and who is charged for the crime was the perfect ending.

I’m already looking forward to Lucy Foley’s next book, and highly recommend you read The Hunting Party and The Guest List.