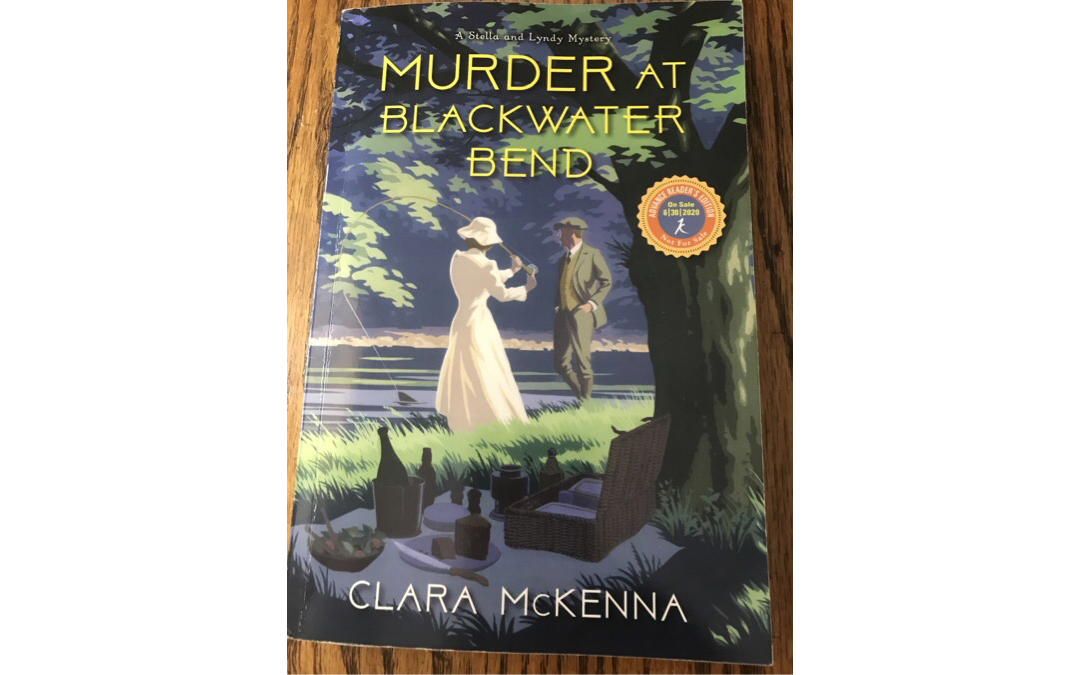 _“Following a whirlwind engagement to Viscount “Lyndy” Lyndhurst, Stella is finding her footing within an elite social circle in picturesque rural England. Except tea time with refined friends can be more dangerous than etiquette faux pas—especially in the company of Lady Philippa, the woman Lyndy was once set to marry, and her husband, the ostentatious Lord Fairbrother … _
_ _
Outrage erupts and accusations fly after Lord Fairbrother’s pony wins best in breed for the seventh consecutive year. The man has his share of secrets and adversaries, but Stella and Lyndy are in for a brutal shock when they discover his body floating in the river during a quiet morning fishing trip …
_ _
Suddenly unwelcome around hardly-grieving Lady Philippa and Lyndy’s endlessly critical mother, Stella faces the bitter reality that she may always be an outsider—and one of her trusted new acquaintances may be a calculating killer. Now, Stella and her fiancé must fight against the current to catch the culprit, before they’re the next couple torn apart by tragedy.” – Amazon

I don’t read a lot of historical fiction, although I almost always enjoy it when I do, which was certainly the case with Murder at Blackwater Bend by Clara McKenna. Fans of Downton Abbey or any Upstairs/Downstairs stories are in for a treat with the Stella and Lyndy Mystery series. Although this is book two in the series, book one is Murder at Morrington Hall, McKenna gives you enough background information which she weaves seamlessly into Murder at Blackwater Bend, that you are able to catch up on past events.

I really enjoyed her descriptions of the various halls and the countryside that they inhabit. McKenna was able to draw me in and I actually felt the cold waters of the river while Stella and Lyndy were flyfishing and could smell the cloying aroma of the gardenias that Lady Philippa surrounded herself with in the drawing room. McKenna’s details of the various rooms in the halls and the outfits that were worn were very detailed and added a wonderful layer to this cozy mystery.

The characters were very well developed, even down to the maid that made just an appearance or two in the book. The cattiness and eyerolls of the ladies were plentiful, and Stella was a breath of fresh air with her friendliness. I enjoyed all of the characters for what they brought to the story, except for Lyndy. With all of his manners that are supposed to be so refined, he could be a bit of a jerk to Stella for one expressing such love to her. And even though his mom is a viper, Lyndy was really passive-aggressive with her. Although he annoyed me, it wouldn’t stop me from reading future books in this series.

The mystery itself was multi-layered which was super fun since so many cozy mysteries have a death or two that were committed by the same person. I thought some people were working together, but was mistaken, and I thought the killer was good in regards to keeping future books in the series interesting and not just the same interactions between various characters. To find out exactly what I mean, you’ll need to read Murder at Blackwater Bend!