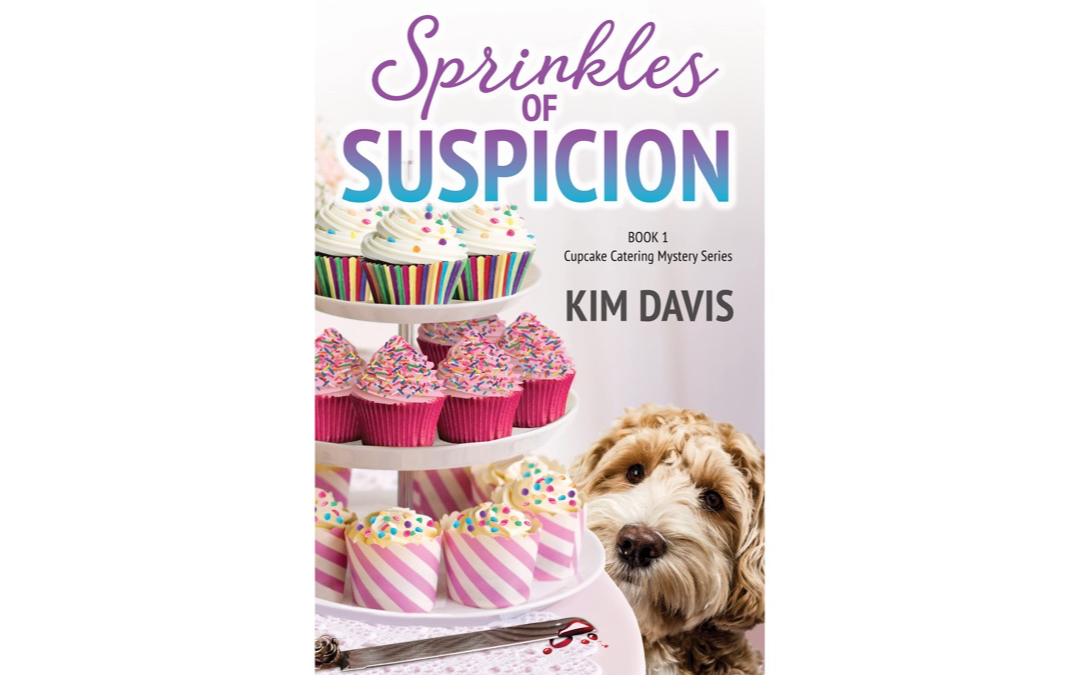 “One glass of cheap California chardonnay cost Emory Gosser Martinez her husband, her job, and her best friend. Unfortunately, that was only the beginning of her troubles.

Distraught after discovering the betrayal by her husband and best friend, Tori, cupcake caterer Emory Martinez allows her temper to flare. Several people witness her very public altercation with her ex-friend. To make matters worse, Tori exacts her revenge by posting a fake photo of Emory in a compromising situation, which goes viral on social media. When Tori is found murdered, all signs point to Emory being the prime suspect.

With the police investigation focused on gathering evidence to convict her, Emory must prove her innocence while whipping up batches of cupcakes and buttercream. Delving into the past of her murdered ex-friend, she finds other people had reasons to want Tori dead, including Emory’s own husband. Can she find the killer, or will the clues sprinkled around the investigation point the police back to her?” – Amazon

Kim Davis, author of Sprinkles of Suspicion, knows a thing or two about cozy mysteries. Davis runs a cozy mystery review and giveaway site called Cinnamon and Sugar and a Little Bit of Murder, and this is her second published mystery. Her website is also filled with dessert recipes and video tutorials to help assist you in making the eye catching sweets.

Sprinkles of Suspicion is the first cozy in the Cupcake Catering Mysteries, featuring the unsuspecting protagonist, Emory. While some may find her a bit too naive, I found the lack of her knowing what was going on with her husband’s extramarital affairs and their finances to be realistic. Emory got married at a young age and came from a middle-class life where she seemed to be sheltered, so I can see her not being as cynical or wise to the world as others who had a harder life. Emory does grow in confidence throughout the book, and when she meets Tilly towards the end, you just know those two are going to have some crazy adventures and Tilly is going to teach Emory to open her eyes to the world around her.

Davis does an excellent job with character development, and Tilly alone would have me coming back to read more books in this series. A cozy has to have characters that I could see myself being friends with, and Sprinkles of Suspicion certainly does. I am also looking forward to meeting Tilly’s friends and reading about their wild times in Las Vegas. Besides great characters, Davis also does a fantastic job with the vivid pictures she paints of the town, architecture, and all the food. Some food cozies barely mention recipes, but Davis weaves the baking and eating into the story seamlessly. As for the mystery itself, it was very well done. There were lots of suspects, different subplots tying into the murder, and a few red herrings.

A great start to a new cozy mystery series and I’m looking forward to seeing Emory grow more and Tilly terrorizing her son with her “I’m old, so I’ll do whatever I please” exploits.