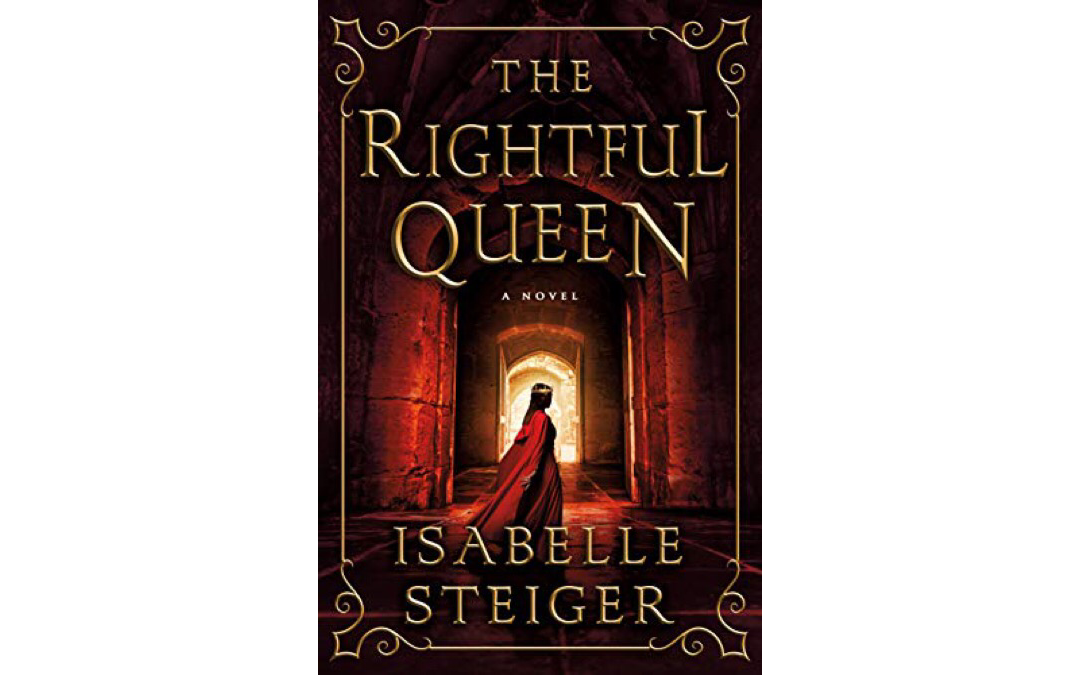 “The second book in Isabelle Steiger’s epic fantasy series, which weaves together the lives of the haves and the have-nots―both desperately fighting to reassemble the remains of a fallen empire.

The Rightful Queen returns readers to the territories of Lantistyne. Imperator Elgar has brought war to the continent once again, and the rogues of the Dragon’s Head, once forced into his service, are scattered to the winds, wracked by tragedy and struggling to reunite.

While a cornered King Kelken grows increasingly desperate, Arianrod Margraine, the brilliant but outmanned marquise of Esthrades, devises a plan to stretch Elgar’s forces thin and turn the tide of battle in their favor. But when the sheltered queen of Issamira is driven from her throne by a long-simmering plot and the use of forbidden magic, Arianrod faces an even more pressing crisis.

Adora Avestri is more than the rightful queen of Issamira, more even than the key to defeating Elgar on the field―she has drawn the attention of beings older than Lantistyne itself, who possess hidden knowledge Arianrod has long desired. But if the queen and the marquise hope to survive long enough to learn it, Adora must find the strength to claim her birthright once and for all, and Arianrod must match wits and magic with a foe she has never before encountered: an equal.” – Amazon

If you are a reader of epic fantasy or enjoyed watching Game of Thrones and want to read a book like it, then I think you will really enjoy The Rightful Queen by Isabelle Steiger. This is the second book in the Paths of Lantistyne, and unlike other series, I really recommend that you read the first book, The Empire’s Ghost, before diving into this one. If it’s been awhile since you’re read The Empire’s Ghost then I also highly recommend that you read the list of characters at the beginning of The Rightful Queen to help you remember the characters… unless you have a great memory, then you may not need to, but I definitely did!!

Steiger begins right where the first book ended and continues to weave various characters into each other’s paths while keeping others apart when all you want for them is to meet up again. There are events that are happening in about four different regions and they all tie together, some of the adventures come together in this book, while Steiger writes up even more circumstances that will carry us into the next book. To me, this makes for an excellent writer, someone who can manipulate the story seamlessly and leave the reader wanting more.

Another thing that is great about this epic fantasy series is the female characters not only being in true power, but not being written into the story scantily dressed and only waiting around in the wings as a love interest. Having read epic fantasy since the 90’s I read a lot of books where this happened, and I didn’t even realize it since this was the only type of story that was available, or at least that I knew about.

Another cool thing, not only is Steiger introducing us to new characters, but she even gives us a new plot line in this book. Not just a subplot, but something entirely new from the first book. And I love the direction it is going. A new mythology that I am interested to see how it plays out and if it will end up crossing into any religions/myths that I am aware of.

I highly recommend The Rightful Queen (and The Empire’s Ghost), and since epic fantasies take longer to write then other genres, I will be patiently waiting for book three… hopefully not as long as for George R. R. Martin’s next book. 😉