The Once and Future Witches by Alix E. Harrow : Book Review 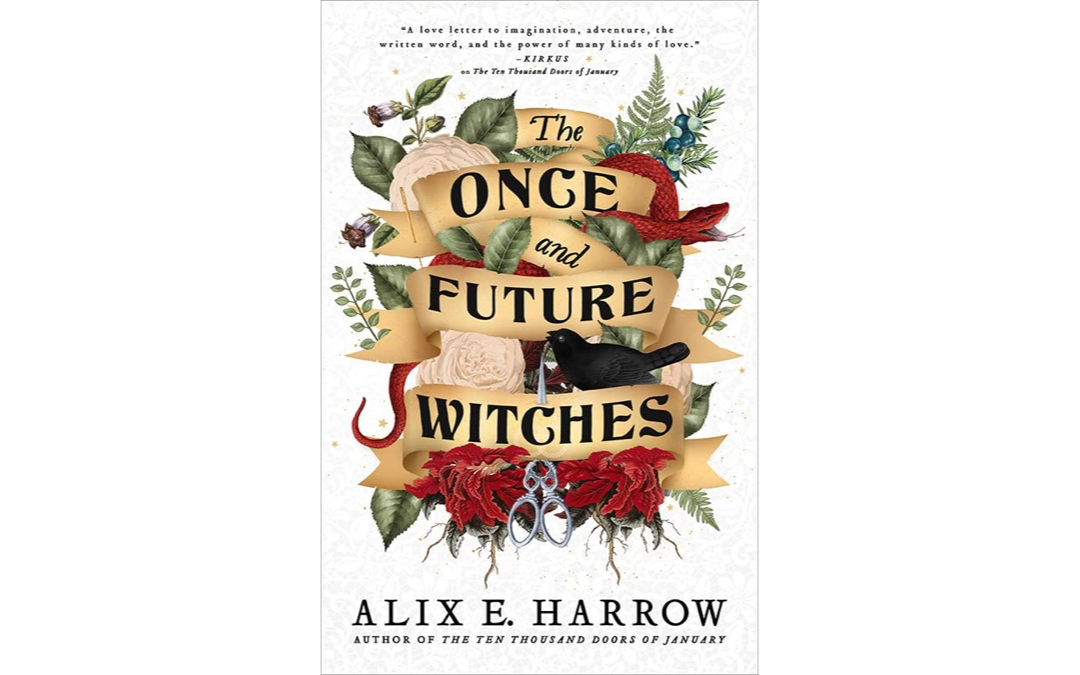 “In 1893, there’s no such thing as witches. There used to be, in the wild, dark days before the burnings began, but now witching is nothing but tidy charms and nursery rhymes. If the modern woman wants any measure of power, she must find it at the ballot box.
_But when the Eastwood sisters – James Juniper, Agnes Amaranth, and Beatrice Belladonna – join the suffragists of New Salem, they begin to pursue the forgotten words and ways that might turn the women’s movement into the witch’s movement. _

Stalked by shadows and sickness, hunted by forces who will not suffer a witch to vote – and perhaps not even to live – the sisters will need to delve into the oldest magics, draw new alliances, and heal the bond between them if they want to survive.
There’s no such thing as witches. But there will be.” – Amazon

The Ten Thousand Doors of January by Alix E. Harrow was one of my favorite books of 2019. It was like a love letter to readers everywhere. And Harrow has done it again with The Once and Future Witches. This time it’s a love letter to fairy tales and the magic that resides inside of every woman.

The Once and Future Witches combines fairy tales, magic, and the Women’s Suffrage Movement into a tale that unfortunately we are still telling today. Powerful men take what they want and use others until the others have nothing left to give. I don’t want this review to be a downer, because even though this is still the world today, Harrow gives a story that inspires hope.

This is a bigger book at 525 pages, but it flew by. Not like a thriller where you are turning the pages so fast because you want to know what will happen next, but because the story is so well told. Normally I am not one who enjoys a lot of descriptive writing, but Harrow does it perfectly without making the reader feel like they are being bogged down with details.

This novel is about family, the good and the horrible that they do to each other. And about women who are learning about themselves and coming into their own power. The fight of Good against Evil, and all the degrees of humanity in between. But most of all it’s a story about how the world is a magical place.

Do yourself a favor and read The Once and Future Witches and The Ten Thousand Doors of January. Harrow has strengthened her fanbase by one more reader who is contentedly waiting for her next offering to the world.