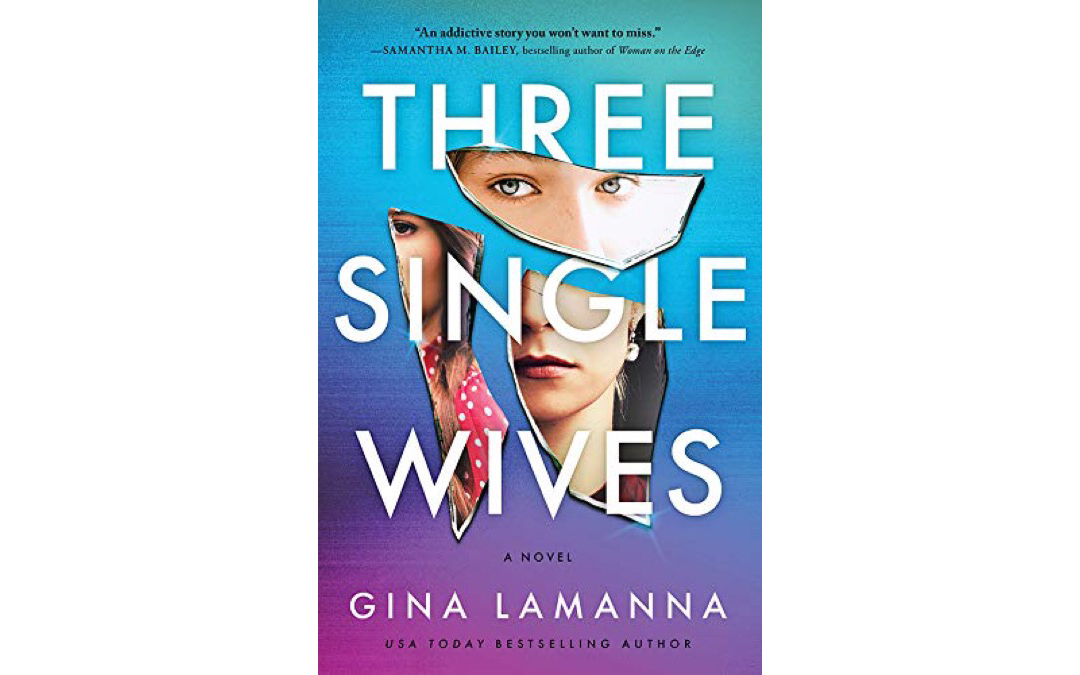 “Three beautiful women. Two wedding bands. One dead husband.
When Anne Wilkes, Eliza Tate, and Penny Sands arrive at book club bearing bottles of wine, none of them are plotting to kill. But when the subject of a philandering husband arises, revenge is in the air. By the end of the night, someone is dead.

What really happened that night? Only the guilty knows. Did one woman take everything too far, or is the truth really more twisted than fiction?” – Amazon

Gina LaManna has self-published a lot of humorous and paranormal mysteries and cozies. Three Single Wives is her second industry published novel, after last year’s spectacular book release, Pretty Guilty Women. While Pretty Guilty Womenshowcased LaManna’s excellent skills at character development and an insider’s look into female friendships, Three Single Wives takes a dive into the flawed nature of humans and looks at how murky morals can become.

Although we know there’s been a murder, the reader isn’t told who it is until later in the book. This comes out in the trial transcript that is incorporated into the novel and helps to not only move the novel along, but also adds some tension because you kind of have an idea of what is going to happen next and this makes you want to read faster so you can see what really happens next. With the three women as suspects, we also end up getting two more as the book progresses. This helped to add more layers to the novel and was a way for LaManna to give us misdirection and lots of red herrings.

You may end up disliking all of the women or you may see yourself in one or all of them. I enjoyed seeing the different stages in a life portrayed by these women and felt a bit of sympathy for all of them, while at the same time wanting to shake them and have them make some better decisions. To me this is the sign of a great book, when you can see yourself in the characters, but become angry with them at the same time.

I did feel the ending was a bit rushed, which often happens in suspense and thrillers. I did not figure out who the killer was, which always pleases me. But I did have a couple of questions at the end and wondered if I missed something, or if it was not explained well or at all. This didn’t stop me from enjoying the book though.

Another fantastic read, and if you enjoy domestic suspense, you should definitely check out Three Single Wives and Pretty Guilty Women!