Root of All Evil by Liz Milliron : Book Review 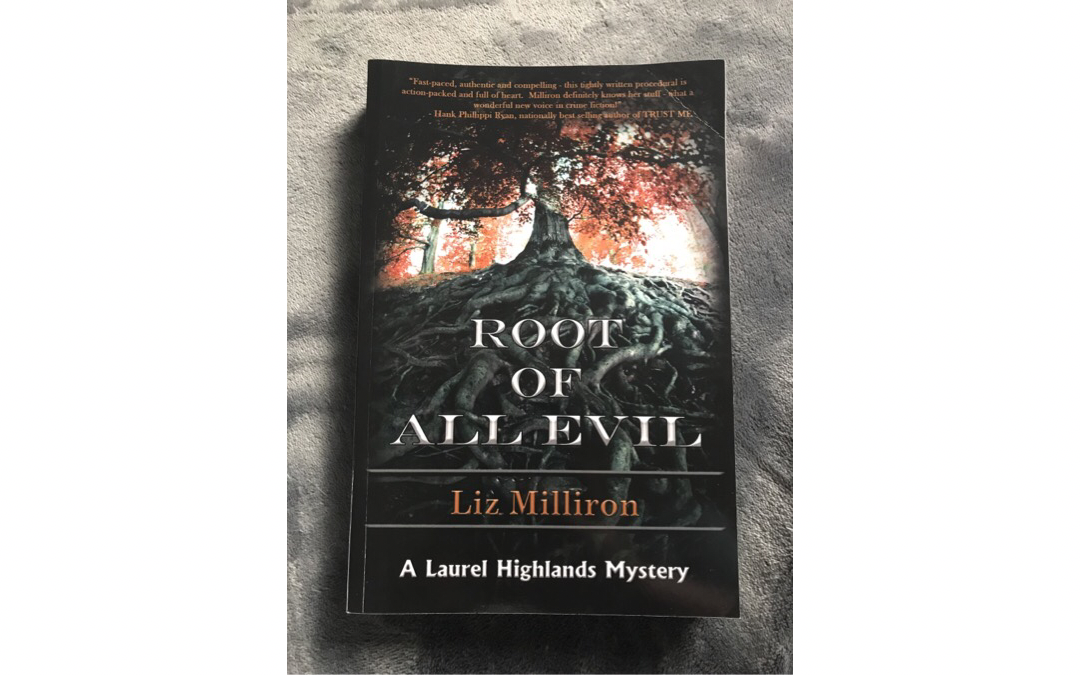 “Rumors of a meth operation in rustic Fayette County catch the attention of Pennsylvania State Trooper Jim Duncan. When he learns that Aaron Trafford, a man who recently dodged a drug conviction, has returned to the county, the conclusion seems obvious. Trafford has set up a new operation.

Meanwhile, assistant public defender Sally Castle’s colleague, Colin Rafferty, has become uncharacteristically nervous and secretive. Her suspicion that he’s hiding something serious is confirmed when she learns of a threatening visitor and discovers a note on his desk stating, “You’d better fix this.”

Colin’s subsequent murder is the first frayed thread in a complex web of deceit. Jim fears Sally’s stubborn determination to get justice for her friend will put her in a killer’s crosshairs, but Sally won’t rest until she finds answers–even if it costs her everything.” – Amazon

Root of All Evil by Liz Milliron is a great start to a police procedural/mystery series. This is a lighter book, and by that, I mean there isn’t a lot of graphic images or disturbing situations. So if you enjoy mysteries, but want it a bit heavier than a cozy mystery, Root of All Evil could be perfect for you.

Milliron does a fantastic job jumping between State Trooper Duncan’s investigation out on the streets and Assistant Public Defender Castle’s case at her office and a lot on the streets too. Castle is not one to sit back and let the information come to her, which I really enjoyed. She’s not afraid to take risks in an investigation.

There is a very realistic start of a relationship between Duncan and Castle. A lot of times I feel like this is just something that is expected in a book and doesn’t do much for me. But I really enjoyed how well Milliron had them flirting and kept up the questioning of where their relationship will lead. It didn’t take over the story though, instead it added a wonderful emotional level to the book.

Another plus for Root of All Evil, besides its well developed characters, is the believable pacing of the story. There are no results that come back immediately, and both Duncan and Castle really have to work to solve the case. Another thing that I really enjoyed, that doesn’t happen often, is that the book wasn’t suddenly over in 10 pages. Nothing felt rushed and the story moved along at the perfect pace.

I’ll be checking out Heaven Has No Rage, book two in the Laurel Highlands Mysteries, to make sure this debut novel isn’t just some marvelous fluke at being so good for a first in a series!