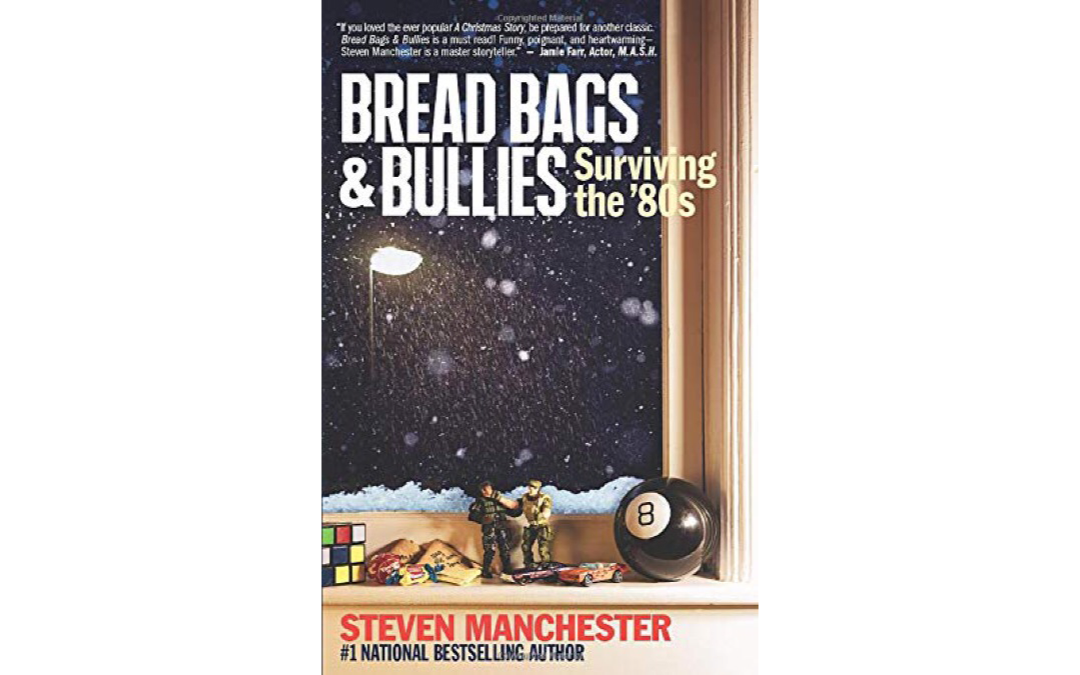 “It’s the winter of 1984. Twelve-year old Herbie and his two brothers—Wally and Cockroach—are enjoying the mayhem of winter break when a late Nor’easter blows through New England, trapping their quirky family in the house. The power goes out and playing Space Invaders to AC DC’s Back in Black album is suddenly silenced—forcing them to use their twisted imaginations in beating back the boredom. At a time when the brothers must overcome one fear after the next, they learn that courage is the one character trait that guarantees all others.

This hysterical coming-of-age tale is jam-packed with enough nostalgia to satisfy anyone who grew up in the ‘80s or at least had the good fortune to travel through them.” – Amazon

Having grown up in the 80’s, Bread Bags and Bullies by Steven Manchester had me constantly smiling at nodding at the similarities. Although it was me and my sister, and I don’t have any brothers, we still fought as hard as they did. One time I broke my glasses and another time I ended up losing a toenail after one of our fights… and I don’t recall Manchester talking about knives being thrown at a sibling. Those were the days! If my sister and I were growing up now there’s a good chance our parents would be labeled as bad parents. I don’t think they were (for the most part).

It was a different time, not necessarily better, just different. We would have to go outside for hours (and I live in Wisconsin where minus 20 degrees is common) and come inside to be greeted with hot cocoa or tomato soup and grilled cheese. We would play Atari for hours and cereal or oatmeal was what we had for breakfast because we could make it ourselves as our parents rushed off to work. We came home and were expected to vacuum, do the dishes, laundry, and any other chores before our parents got home. But the faster we finished the sooner we could watch MTV!

I could go on and on about all the similarities, but if you grew up in the 80’s you’ll have more fun reading what Manchester had to write and if you want to know what it was like to grow up in the 80’s, than read Bread Bags and Bullies: Surviving the 80’s.