Rhubarb Pie Before You Die by Gin Jones : Book Review 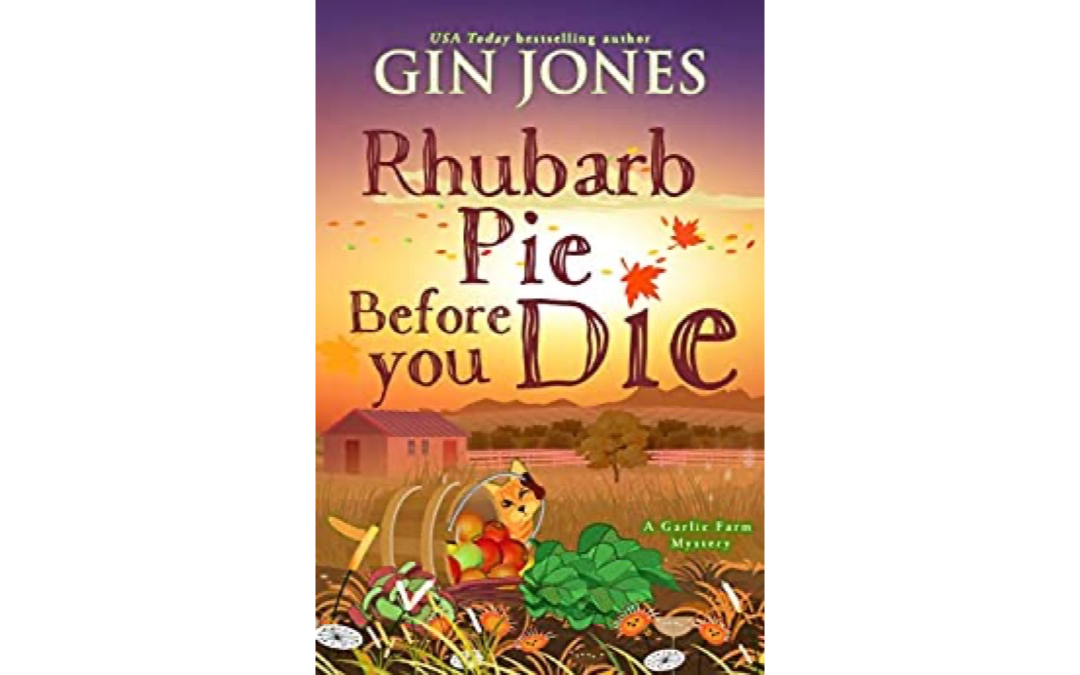 “Mabel’s hope of finding an enthusiastic farmer to buy Stinkin’ Stuff Farm is dying a little bit every day. So far, all she’s found are double-dealing developers. But after a heated dispute over grass clippings with an obsessive local rhubarb breeder, she discovers something even more distressing—the breeder in question undisputedly dead in his greenhouse… .
_ _
Uncomfortably aware that she might be a prime suspect, Mabel stops digging in the dirt long enough to dig up more information about the dead man, and anyone else he might have argued with. The list is longer than she imagined, and includes a persnickety neighbor and a rival rhubarb breeder. With all the ingredients for a homegrown mystery, Mabel must unearth a killer—before the next plot to be dug is her grave… .” – Amazon

I had high hopes for Rhubarb Pie Before You Die by Gin Jones, especially since she has two other mystery series out. I’ve been noticing a trend though, when authors have multiple series out, at least one of them tends to suffer. Perhaps because they have too much going on or authors are expected to pump books out so quickly. Not even 10 years ago you would maybe get one book from an author a year, and be happy about it. But now people are expecting two or more books a year, and some authors even churn out five or six books a year. I know the competition is fierce for readers and the pay isn’t great, but I would rather wait two years for a good book than keep reading mediocre ones.

I did love the premise of Rhubarb Pie Before You Die; an introverted app developer who lives in the city takes over her dead aunt’s busy country farm. It’s ripe for quirky characters and farming mishaps.

And some of the characters were enduring; Pixie, the cat, who barely likes anyone, Billie Jean, the pregnant momma cat who seems to be a bit feral and hates everyone (but I would too if I was about ready to pop), Rory, another farmer who is super supportive, and Josephine, the spunky, older librarian.

There was just so much repetition. It felt like Jones had mapped out the eight main scenes and just kept repeating the same things in between. Mabel keeps calling her lawyer who fixes everything for her, but he isn’t picking up. Mabel wants to leave, but only when she finds a farmer who will keep running her aunt’s farm. She has to feed the cats and Pixie meows a lot since the farm continually has people stopping by. And Mabel goes over the suspects over and over and over and over.

With so many cozy series out there I won’t be reading more in this one. But there is a reader for every book, so to those who enjoy it, that does make me happy.