The Bounty by Janet Evanovich and Steve Hamilton : Book Review 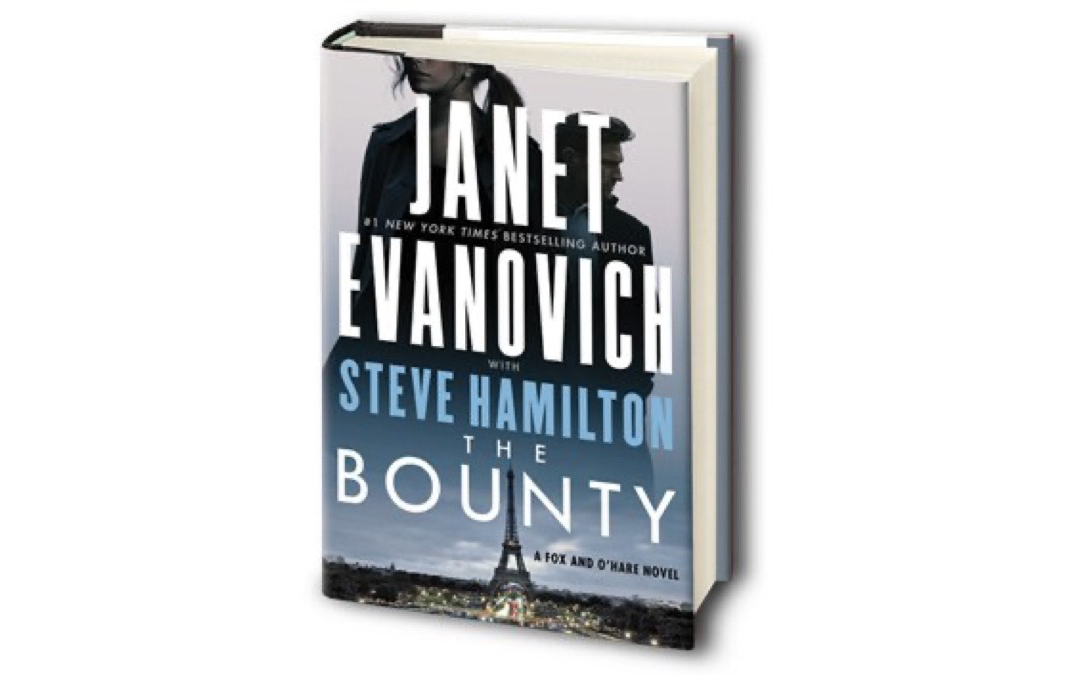 “Straight as an arrow special agent Kate O’Hare and international criminal Nick Fox have brought down some of the biggest bad guys out there. But now they face their most dangerous foe yet—a vast, shadowy international organization known only as the Brotherhood.

Directly descended from the Vatican Bank priests who served Hitler during World War II, the Brotherhood is on a frantic search for a lost train loaded with $30 billion in Nazi gold, untouched for over seventy-five years somewhere in the mountains of Eastern Europe.

Kate and Nick know that there is only one man who can find the fortune and bring down the Brotherhood—the same man who taught Nick everything he knows—his father, Quentin. As the stakes get higher, they must also rely on Kate’s own father, Jake, who shares his daughter’s grit and stubbornness. Too bad they can never agree on anything.

From a remote monastery in the Swiss Alps to the lawless desert of the Western Sahara, Kate, Nick, and the two men who made them who they are today must crisscross the world in a desperate scramble to stop their deadliest foe in the biggest adventure of their lives.” – Amazon

I was really hoping that The Bounty by Janet Evanovich and Steve Hamilton would be a five star read, but I spent about 10 minutes trying to decide if I would give it two or three stars. I settled on three, but maybe by the end of writing this review it’ll be down to two.

First, I have to say, I use to enjoy Janet Evanovich’s Stephanie Plum series, Lean Mean Thirteen is a hoot!, but I stopped reading around book 20 because they just weren’t laugh out loud funny any more and I couldn’t handle the love triangle. So going into The Bounty I wanted to find a series by her to love again. (And I just sighed….)

The Bounty started out fantastic, at least chapter one. And then chapter two felt like it was switched off to the next author and they didn’t really read chapter one. Then it was non-stop action, which normally is great. But the action went like this; they go to a place, they do something insane, the bad guys come in the middle of it, they fight off the bad guys, they go to the next place, repeat, repeat, repeat.

As for how unbelievable most of it is, I can totally overlook that because it’s fiction. But I can’t overlook the same formula repeated every few chapters, the lack of funny in the book (that many of the big name reviewers keep mentioning), and the chemistry between Fox and O’Hare that has developed over the previous six books fell flat in book seven.