Death at the Salon by Lousie R. Innes : Book Review 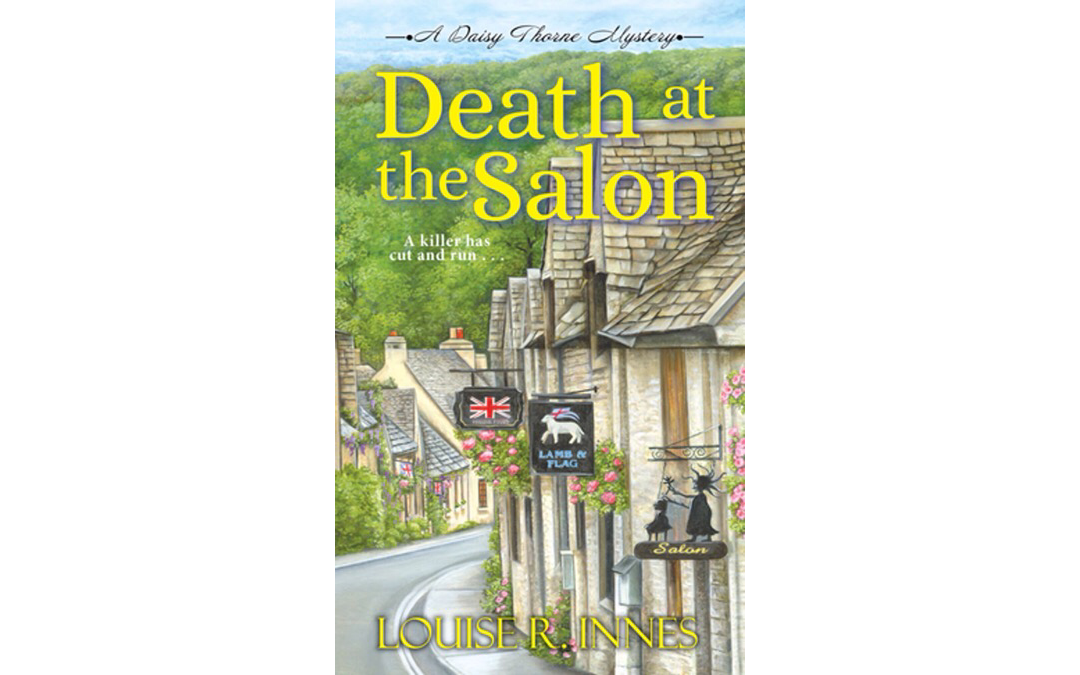 “When Ooh La La regular Mel Haverstock left the hair salon that morning, no one expected it would be her final parting. But when Daisy closes shop Saturday night, she finds her client dead as the mullet cut. Homicide is back in style in the quiet village of Edgemead in Surrey, England. But who would want to harm a hair on poor Mel’s head?

Suspicions higher than a beehive pile on Daisy when it’s revealed that she and Mel had tangled back in high school, and DNA evidence seems to color her guilty. Handsome DCI Paul McGuinness gives the hairstylist new accessories—a lovely pair of silver handcuffs. To clear her name, Daisy must highlight the real backstabber, or she’ll end up shaving heads in the prison barbershop.” – Amazon

Death at the Salon by Louise R. Innes was an excellent, fast read. Some cozies seem to get bogged down a bit with the protagonist continually going over the suspects and clues again and again, and while there was a bit of that, Innes kept the page number down so it was perfect for me. As I’ve said before, I would rather read a shorter book that is well written then a longer one that is repetitive.

Innes really shines when it comes to the characters’ interaction and dialogue. It read how people actually talk, and she was able to add the perfect amount of sass between the co-workers. Instead of the author just telling use that they are friends, she shows us by their actions and words.

And I want to give a shout out for the mystery itself. I read so many cozies and other genres of mystery that I often know who dunnit at least half way through the book, but not the case with Death at the Salon! I was totally caught off guard, but it made sense, and once I knew, I could look back and see that Innes had put the clues out there for the reader to figure it out. Unlike sometimes where the identification of the killer comes out of nowhere and it barely makes sense.

Death at the Salon is a wonderful addition to the cozy genre and the Daisy Thorne Mysteries are a series I hope you do pick up to read.