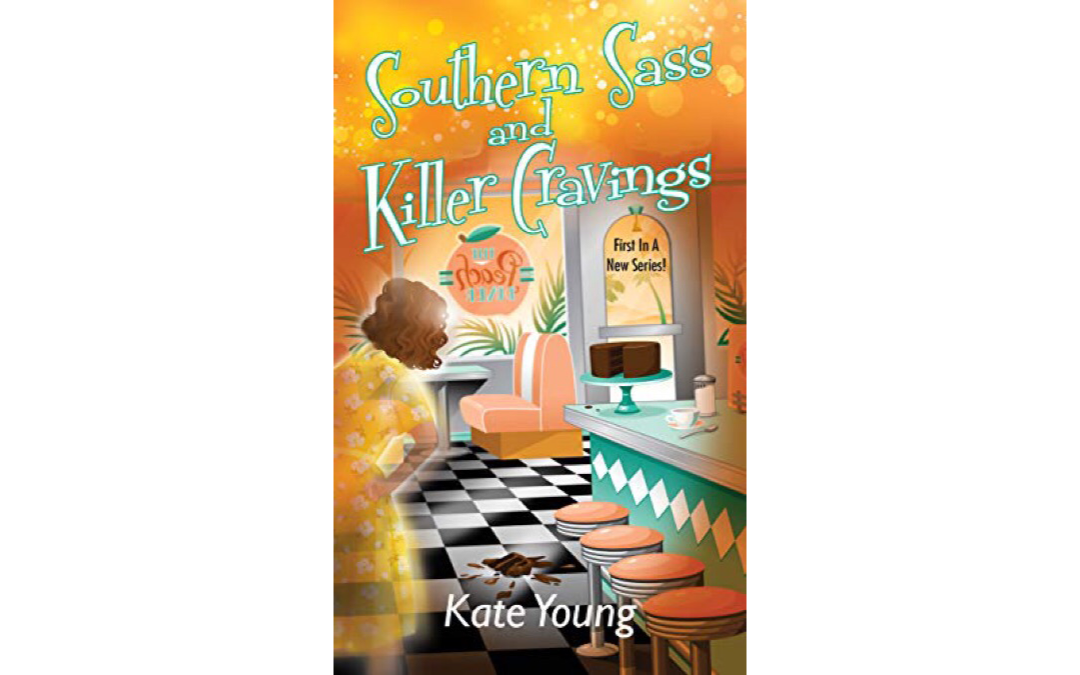 “For generations, the women of the Brown family on Peach Cove Island have been known for their Southern sass and sweet homemade desserts at their beloved Peach Diner. Since their mother’s passing two years ago, Marygene has been stuck in Atlanta while her sister Jena Lynn has been running the family business. Now Marygene has left her husband and returned to her hometown, where she can almost feel Mama’s presence.

But all is not peachy back home. Marygene has barely tied on an apron when a diner regular drops dead at the counter. When it turns out the old man’s been poisoned, Jena Lynn is led away in handcuffs and the family eatery is closed. Now, to save her sister and the diner, Marygene must find the real killer. With some startling assistance from her Mama’s spirit, Marygene will be serving up a special order of just desserts …” – Amazon

Books that take place in the South always seem to draw me to them. Perhaps, it’s because I was born in the North, but I feel it’s more the food and the slower pace of life, along with the gorgeous porches, flowers that last longer during the year, and the mint juleps. Southern Sass and Killer Cravings by Kate Young did not disappoint in any of these areas, especially the food.

While most towns in cozies are places I would like to visit, Peach Cove Island is one of the places I would love to live. Everyone seems so friendly, and yet, they all have secrets and the gossip abounds. The town has tons of great shops and I would have to take up running otherwise I would seriously become overweight with all the delights I would be enjoying at the peach dinner.

And I do love a cozy with fun, quirky characters. This book is riddled with them, including Betsy, Marygene’s BFF. And talking about characters, I have to mention the romantic prospects. I feel like Young hasn’t quite decided in which direction she is going to go, which goes hand in hand with the domestic abuse that Marygene has gone through with her ex-husband. Marygene is hesitant to rush into anything, even with a previous boyfriend, so Young has time to think on what is going to happen. I do have to say I’m not really enamored by any of the men that Marygene has to pick from.

As far as the mystery goes it wasn’t as earth shattering as some other cozies I’ve read. I think mainly because there weren’t a lot of male characters to choose from that weren’t ones you knew were going to be in future books. And I feel that we do learn early on that it is going to be a man. But even with the easier to solve mystery aspect of Southern Sass and Killer Cravings, I am really looking forward to reading more books in the Marygene Brown Mysteries!