It Takes Two to Mango by Carrie Doyle : Book Review 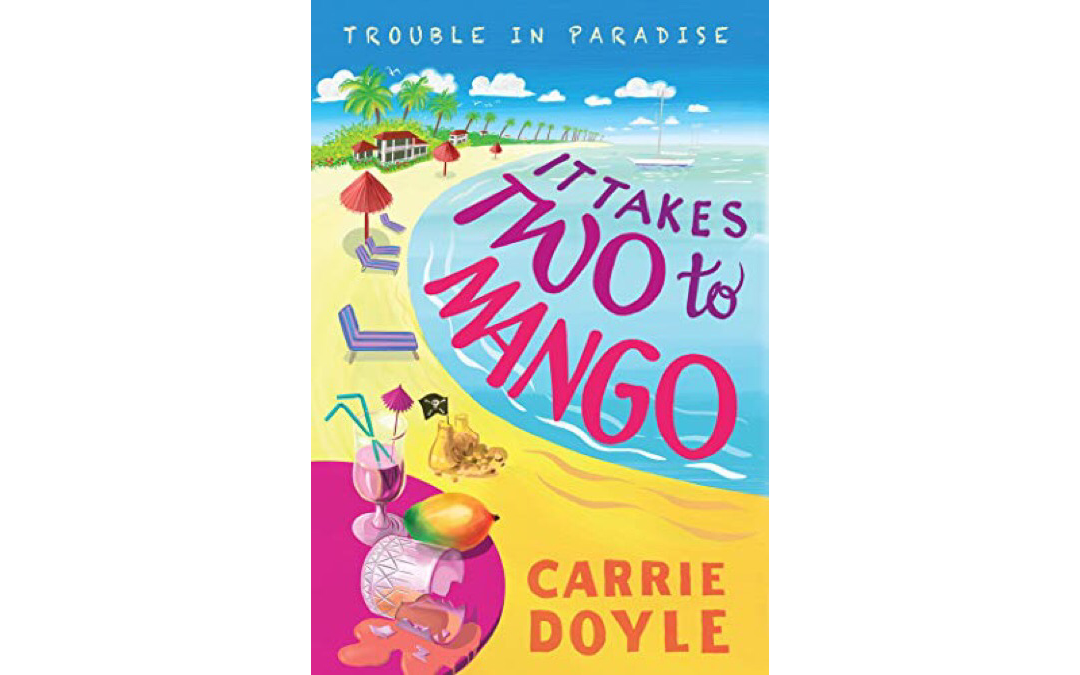 “After Plum Lockhart’s job as a travel magazine editor is eliminated in corporate cuts, she decides she’s sick of cold winters in NYC and fruitless swiping on dating apps—what she needs is a dramatic change of scenery. On a whim, she accepts a job as a villa broker and moves to a beautiful Caribbean island.

However, paradise isn’t as perfect as it seems: the slow pace of island life, the language barrier, and a cutthroat office rival make Plum question leaving her old life behind. But when a client is found dead in the jacuzzi of Casa Mango—a property Plum manages—she knows she’s really in a jam. With a killer loose on the island Plum will have to deal with a stonewalling police chief, a string of baffling clues, and a handsome Director of Security to solve this deadly case!” – Amazon

I really enjoy Carrie Doyle’s Hampton Murder Mysteries, so when Poisoned Pen Press let me know she had a new series coming out I was very excited to read it. And It Takes Two to Mango is a fantastic start to a new cozy mystery series!

I was a bit concerned with Plum Lockhart since she is very controlling and can be off putting. I was actually dreading having to write this review while I was still reading the book because I was afraid I would have to rate the book lower because of not liking Plum. But by the end she has softened a bit and her character is developing into a more positive direction.

But please don’t let this put you off of reading the book, I am mentioning it more so because I want readers to be aware going in and to know that the payoff of finishing the book will greatly outway any dislike you may have for Plum. Then again, you may love Plum from the beginning and wish she was your best friend. 😉

As always, Doyle does an excellent job with her location and food descriptions. You feel like you are actually in the Caribbean enjoying the local fare. If I was rich I would totally own a villa on the island.

I’m really enjoying the possible relationship between Juan Kevin and Plum. He is the Yin to her Yang, and that he actually listens to her is a wonderful thing to read since in so many other ameatur sleuth mysteries, the man just tells the woman to stop investigating.

As for the mystery itself, there were so many well written characters that I think a lot of readers will be guessing through the entire book as to whodunnit. I thought I knew who the killer was, but I was not correct, and that is always a nice surprise.

I highly recommend It Takes Two to Mango, and if you haven’t already you should check out Doyle’s Hampton Murder Mysteries too.