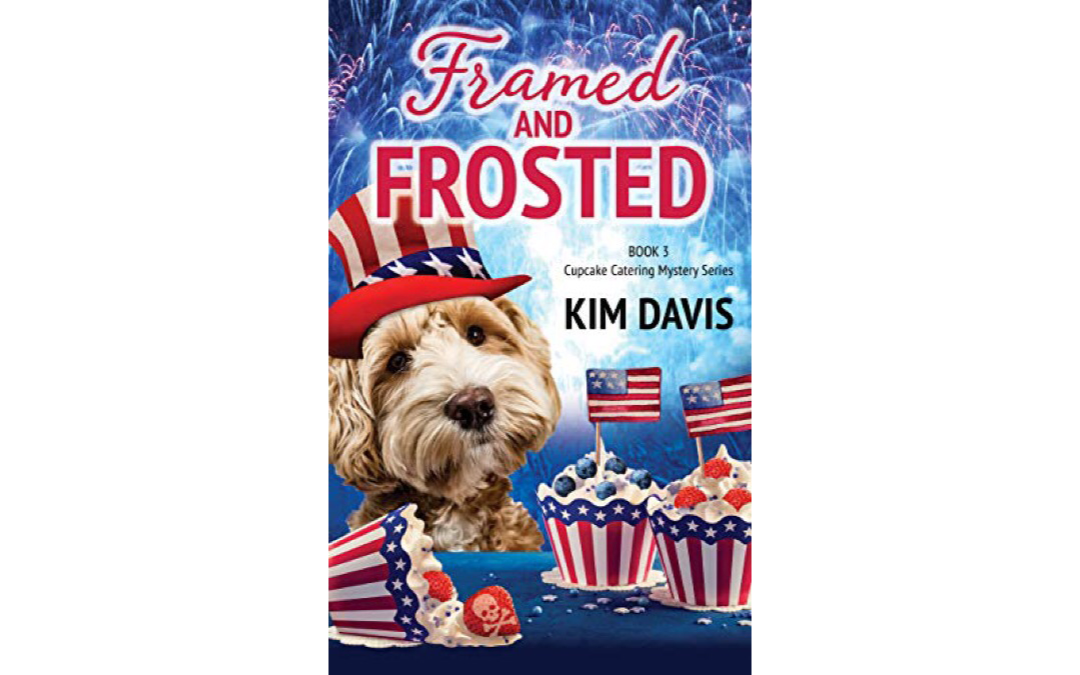 “Framed and Frosted, the third book in the Cupcake Catering Mystery series, finds cupcake caterer, Emory Martinez, working at a Laguna Beach society Fourth of July soiree, with her sister and their new employee, Sal. With a host who seems intent on accosting both catering employees and guests alike, things go from bad to worse when he accuses Sal of murdering his long-dead son.

As the crescendo of exploding fireworks overhead becomes the backdrop for cupcakes and champagne, a deadly murder occurs. Can Sal and Emory explain why the cupcake the host ate, after shoving a trayful of buttercream-frosted cupcakes onto Sal, resulted in his death? Or will the detective and guests alike believe that Sal is a murderer? Emory and her octogenarian employer, Tillie, whip into action to find out who framed Sal after he was frosted by the victim.” – Amazon

Framed and Frosted by Kim Davis is another fantastic addition to the Cupcake Catering Mysteries!

I’ve enjoyed all the books in the series because of the way Davis can write about food and desserts and make them so tempting. And her characters are just as detailed and delightful. Mix in a rich, society set and you are in for a fantastic read.

Emory’s love life gets a bit of a shake up and I’m happy about the new direction it may be going. Tillie continues to be an amazing role model for Emory, and her and Emory’s combined sleuthing is so much fun to read. Tillie’s family has some major issues in this book and Davis did a great job combining that storyline into the book. The killer was a bit easy to figure out in this one, but did not take anything away from the excellence of the book.

Looking forward to the next book in the Cupcake Catering Mysteries, and this is a cozy mystery series that I highly recommend.