An Artful Corpse by Helen A. Harrison : Book Review 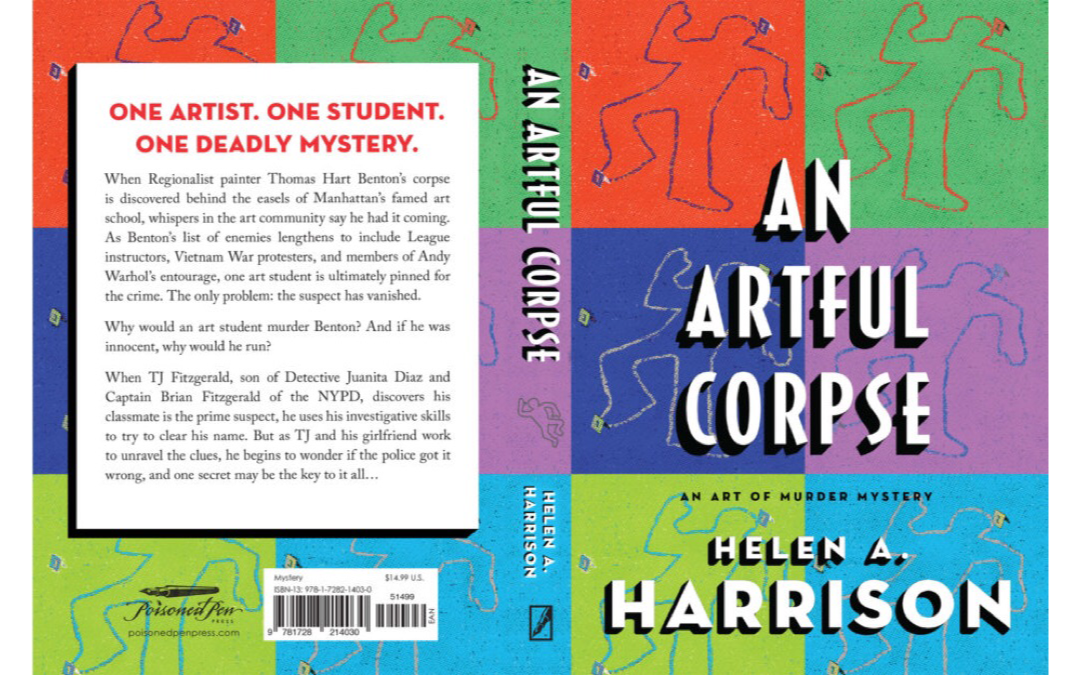 “When Regionalist painter Thomas Hart Benton’s corpse is discovered behind the easels of Manhattan’s famed art school, whispers in the art community say he had it coming. As Benton’s list of enemies lengthens to include the school’s instructors, Vietnam War protesters, and members of Andy Warhol’s entourage, one art student is ultimately painted as the murderer. The only problem: the suspect has vanished.

Why would an art student murder Benton? And if he were innocent, why would he run?

When TJ Fitzgerald, son of Detective Juanita Diaz and Captain Brian Fitzgerald of the NYPD, discovers his classmate is the prime suspect, he uses his own investigative skills to try and clear his name. But as TJ and his girlfriend work to unravel the clues to the art mystery, he begins to wonder if the police got it wrong and one secret may be the key to it all…” – Amazon

The Art of Murder Mystery series by Helen A. Harrison reminds me a bit of the Amelia Peabody series by Elizabeth Peters in regards to the books following the adventures of a family as they hunt down killers and solve mysteries. And they both are in the historical mystery genre and not a cozy mystery, as some readers may think.

While the first two books focus more on Det. Diaz and her husband, Captain Fitzgerald, in book three, An Artful Corpse, we see their son, TJ, taking over the reins while still going to his parents for advice. A very cool thing about these historical mysteries is that each one has taken place during a different decade, starting in the 1940’s and 1950’s, with An Artful Corpse taking an indepth look at society, the music scene (mainly folk), and the art culture during the 1960’s.

Harrison’s education and work experience really shines as she deftly weaves together lots of facts along with the fiction. While I’ve heard of a couple of the artists (Andy Warhol) and lots of the musicians (Woody Guthrie, Bob Dylan, and Pete Seeger), it was very enjoyable learning more about them. I knew Warhol was out there, but dang, I didn’t realize all that he was doing.

I think most readers will realize who the killer is sooner rather than later in this one, but it continued to be a good read because I was invested in the characters and seeing how they would catch the killer. Another thing that I thought really made this historical mystery stand out was how the reader may actually have some sympathy for the killer.

Another great addition to An Art of Murder Mystery series and I’m looking forward to what Harrison has to say about the 1970’s aka the funkiest generation.