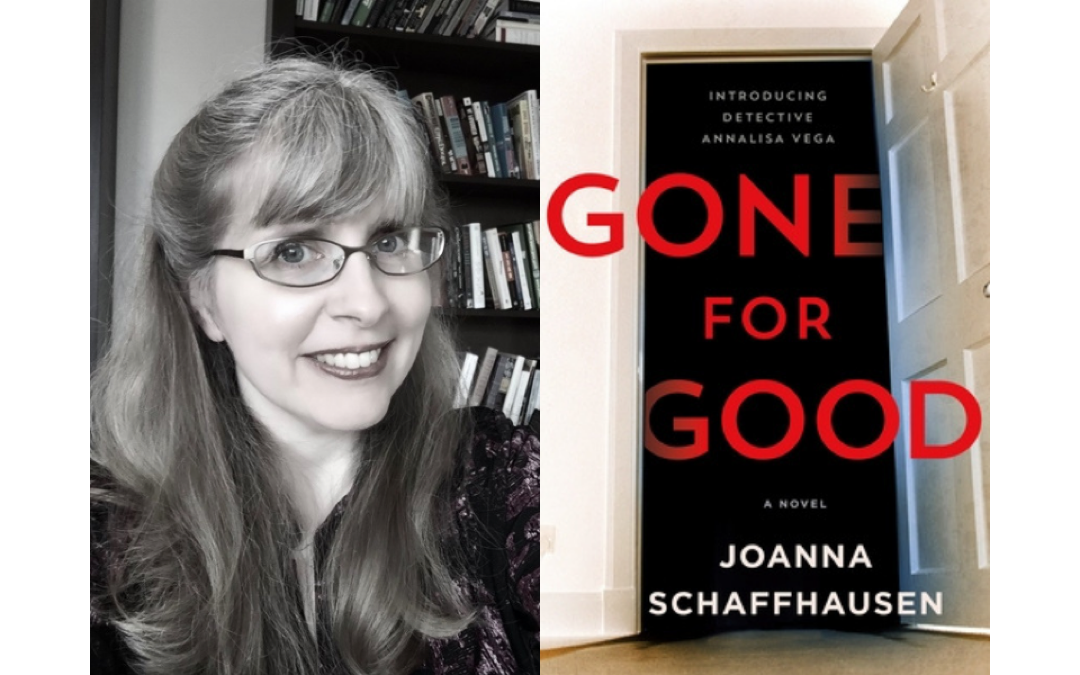 “The Lovelorn Killer murdered seven women, ritually binding them and leaving them for dead before penning them gruesome love letters in the local papers. Then he disappeared, and after twenty years with no trace of him, many believe that he’s gone for good.
_ _

Not Grace Harper. A grocery store manager by day, at night Grace uses her snooping skills as part of an amateur sleuth group. She believes the Lovelorn Killer is still living in the same neighborhoods that he hunted in, and if she can figure out how he selected his victims, she will have the key to his identity.
_ _

Detective Annalisa Vega lost someone she loved to the killer. Now she’s at a murder scene with the worst kind of déjà vu: Grace Harper lies bound and dead on the floor, surrounded by clues to the biggest murder case that Chicago homicide never solved. Annalisa has the chance to make it right and to heal her family, but first, she has to figure out what Grace knew—how to see a killer who may be standing right in front of you. This means tracing his steps back to her childhood, peering into dark corners she hadn’t acknowledged before, and learning that despite everything the killer took, she has still so much more to lose.” – Amazon

I really enjoy the Ellery Hathaway series by Joanna Schaffhausen, so when I saw that she had a new series coming out I was excited to try it, and was not disappointed!

Gone for Good is the first book in the Detective Annalisa Vega series and Schaffhausen shows once again that she knows how to write a well-paced and suspenseful police procedural… this time adding in a true crime group which so many people outside of books seem to be involved in… or at least enjoy watching and listening to true crime programs. This layer made the book seem even more timely.

Schaffhausen is a master of character development. She incorporates a family (blood and police) that had me really invested. The banter between the family is believable and the community of the cops in the Chicago neighborhood help out Grace, even when she’s acting rash and not thinking about the consequences.

The romance that is woven into the story was very well done. I often find myself skimming the relationship parts in a suspense (unless it’s a romantic suspense), but the way that both the ex-husband and the first love were layered into the book made sense with the story and both the men added to the fear that the serial killer was imparting in the community.

As far as the killer goes, I was floundering to figure out who it was until Schaffhausen dropped a big clue. Some readers may completely miss it, but I had read other stories in the past that had this type of killer too. Not that it took anything away from this book, it just made me able to recognize the killer sooner.

And the final twist I really did not see coming, but it was amazing. Annalisa had some hard choices to make once it was revealed and while some readers may have wished she had decided to do something else, I really commend the author for deciding to go in the direction she did.

An excellent start to the Detective Annalisa Vega series and I am looking forward to book two.